16 exciting downloads you may have missed this week -- get them now! 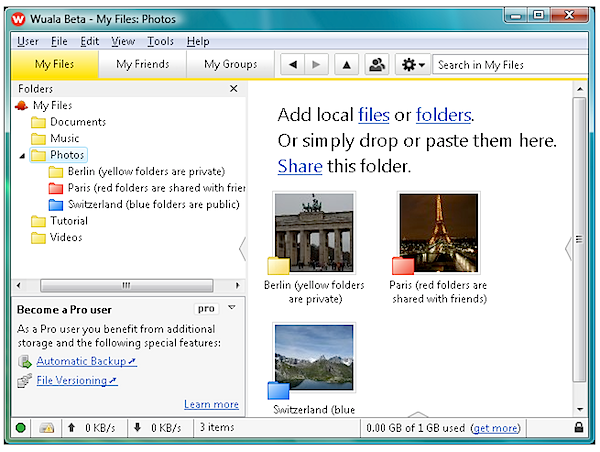 With software developer's updating their applications on a daily basis, it's easy to miss an important update or a minor, but essential, hotfix. We've rounded up some of the key new releases from the last 7 days.

Skype suffered a major outage this week, with some users unable to reconnect. As a result, an urgent "hotfix" was released. Skype for Windows 5.3.0.116 is this hotfix and is essential for anyone who is still unable to connect to the Skype network.

NirLauncher 1.11.09 is a collection of 100 of the very best NirSoft tools, wrapped up within a single UI, enabling you to quickly find and launch an app, keep updated and, best of all, take them on the road. As no installation is required, you can take 100 powerful apps on a USB stick; essential for system diagnostic and maintenance.

Desktop widgets are popular whether you are a Mac or Window users. Metro Home 1.1 is a collection of widgets designed to look like Windows Phone 7. Despite reservations, it's important to note that the widgets are very flexible. Simply right-click on a widget you want to configure and you can quickly resize to fit your desktop, change the opacity, remove objects and much more. Metro Home 1.1 is based on the technology that powers HTC Home Apis 3.0 which is a collection of widgets designed to look like the UI from a HTC mobile phone. There is also HTC Home Apis Portable 3.0 which can be used without installation.

Rather than trying to use more than one monitor, creating a virtual desktop using Dexpot 1.5.10 might prove far more manageable. Simply create another desktop, create a keyboard shortcut and switch between the two (or three, four..). These virtual desktops enable you to run a browser full screen, perhaps use another for a video editor.

Why hasn't Wuala taken off as effectively as Dropbox? It's confusing, particularly when it's backed by a brand such as Lacie. This week a major new update was made available, Wuala "Hottingen" build 357. Wuala is a cross-platform cloud-based backup, file synchronization and sharing tool with a free 2GB account, in the same manner as Dropbox. With the new Hottingen release, users of the free 2GB account have full access to all features. Choose files from your backup cloud to share with colleagues, access old files through versioning and synchronize between your computers, whether they are a Mac or PC. You can access your files from a mobile device, such as Wuala for Android 1.18.12. What's not to like? We'd like to know.

Popular in the APAC region, Trend Micro Titanium Maximum Security 2012 beta was released this week, following BitDefender Total Security 2012 Beta which was released the previous week.  In addition to these 2012 beta releases, Norton Internet Security 2012 v19.0.0.117 beta was also updated, whilst beta-testing for Kaspersky Internet Security 2012 ended recently, with speculation that the 2012 edition will be launched in June. With Avira 2012 products in beta and ESET testing their v5/2012 betas, AVG are one of the few key security developer's yet to launch a preview of their forthcoming technology. We've heard from a source at AVG that the 2012 editions are not due any time sooner, either.

An application popular on the Mac, seems to have failed to make much of an impression on the Windows platform. 1Password for Windows 1.0.5.190 is a powerful cross-platform password manager, available for the Mac, Windows and various mobile devices. Enter a password once and obtain immediate access at any time. Store notes, serial codes and other data securely.

Our graphic design tool of choice is Xara Photo & Graphic Designer 7 after being converted by our designer. It's incredibly simple to use, enables you to mix vector and bitmap graphics. There's also a more powerful (and more expensive) Xara Designer Pro 7.

Only a few years ago, playing video on your PC was a real pain in the backside. There were so many codecs available that you had to have multiple video players installed just to show your video collection. However, that was the simple part. The hard part was trying to figure the codec used to encode the video you wanted to play in the first place. To achieve this, we used a video inspector that would indicate the video and audio codecs used to compress the video. KC Softwares VideoInspector 2.2.8 is a similar tool, from the developer's that brought you SUMo 2.13.4.111, which will also allow you to display the video resolution, bit rate and more info.

Free HDD LED 0.2f is a simple tool that will reside in your system tray and displays hard drive access through a LED graphic. If you have more than one drive, you can assign a different LED graphic and quickly see which drive is being accessed whilst you use your PC.

Overlooked by many, but Foxit Reader 5 was released this week and this is a major upgrade for the PDF reader. On a basic level, the user interface has had a huge makeover and the new v5 now supports XFA form filling, so you can complete and submit a PDF form using your web browser.