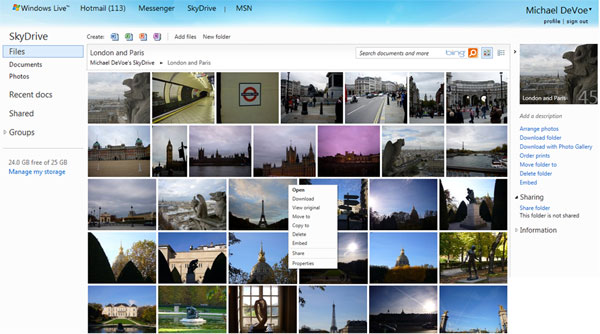 If you live in Seattle, it's hard not to think about clouds. The mean number of cloudy days a year is 255.5, with another 81.6 partly cloudy. That's a whole lot of overcastness (go ahead, tell me that's no word). Perhaps the skies above remind Microsoft employees below about the importance of "the cloud" to the company's future. Today, Microsoft reminded everyone with some stats on its cloud computing progress and updates to Office 365 and SkyDrive. However, beneath today's announcements there are signs of drought, with only a small number of enterprises embracing Microsoft's cloud.

The Redmond, Wash.-based company is enhancing both services and has broadened availability, 22 more countries -- including Argentina, Iceland, Indonesia, South Africa and Taiwan -- for Office 365. SkyDrive gets a modern makeover, including HTML5 enhancements that are in line with broader Microsoft development objectives for Internet Explorer 10 and Windows 8.

But Microsoft isn't a cloud company like Google, which profits from what it and third-parties sell around services like search. Microsoft sells software. Think of Microsoft's cloud quite literally -- rain falling to the earth and evaporating into the sky. Office 365 and SkyDrive depend at least in some way on desktop software, which utility they extend to the cloud and return to users.

Some SkyDrive improvements make the point. "We rebuilt fundamental pieces of SkyDrive to simplify sharing and make it more app-centric, particularly for Office", says Omar Shahine, group program manager. Meanwhile, Microsoft strips away some of the legacy desktop concepts. "Now you can share from within the app and complete your task, without having to think about the structure of folders or subfolders" he explains. "This is possible since SkyDrive now lets you share or permission individual files within a folder. This works for Office documents, photos, or any other type of file".

I don't much use Google Docs (or Microsoft Office, for that matter), so not all features are familiar to me. But doesn't Docs work this way today, providing granular control over sharing files rather than setting them by folders? That's a question for anyone who knows enough to comment.

Many other SkyDrive enhancements bring more of the desktop experience to the cloud. Among them: 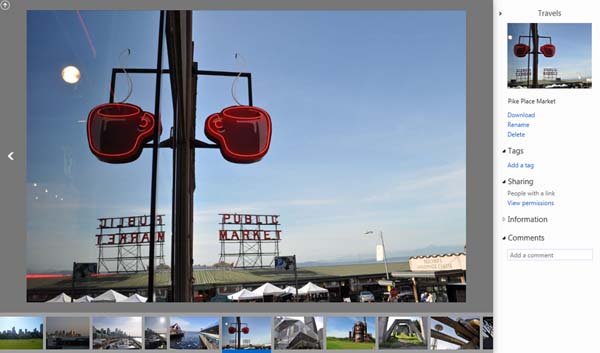 Among new capabilities in this update:

Microsoft launched Office 365 in June, to 40 countries, less than two months following public beta. Today's service release update is a little odd -- more akin to a Windows service pack and showing Microsoft's desktop mentality rising to the cloud. One of cloud computing benefits is seamless updating. Providers issue them, they're immediately available to all customers and their release causes minimal to no problems with personal computing devices or IT infrastructure. Amazon and Salesforce.com issue updates to their cloud services, as does Google to Chrome and Chrome OS, without them being events. Why all the fanfare? This isn't even the first update but the third.

It's all about relevance, and Microsoft maintaining that it has any in the post-PC era. Today's announcements -- complete with coordinated blogs, customer testimonials, photos, press releases and videos -- reminds everyone that Microsoft has cloud services, too, and that they're important. Yesterday, BetaNews reader Robert Johnson recounted three experiences on Thanksgiving Day that spotlight Microsoft's perception problems -- that its products are no longer relevant or are losing relevance before others. Microsoft needs to occasionally be the peacock, strut its feathers, and updates to Office 365 and SkyDrive make good opportunity in the cloud.

But there's something more. Today, Microsoft made a big deal about early adopters. Kurt DelBene, president of the Office division, says that Microsoft sees "great traction with small businesses, with more than 90 percent of our early Office 365 customers coming from small businesses". From one perspective, that's a helluva statistic and market segment Microsoft should want to reach. But the cloud suite is also about extending enterprises' Office experience. If 90 percent of customers are small businesses -- with fewer than 50 employees -- than only 1 in 10 is a mid-size or large business, which represent the core Office market.

So while DelBene praises small business adoption, Microsoft also presents showcase enterprise customers, such as Campbell Soup Company and Groupe Marie-Claire. The announcement's timing and tone suggest that enterprise adoption isn't yet strong, and that undermines Microsoft's broader strategy, of extending its legacy Office-Windows-Windows Server app stack to the cloud.

Is it raining today in Seattle? Perhaps it should be.