Is there hope for Windows Phone? 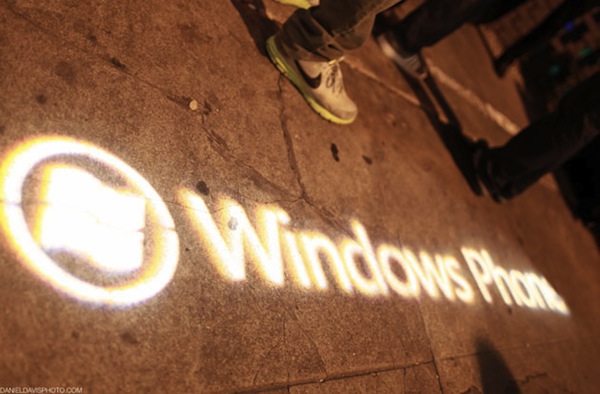 That's the question I'm asking after looking over comScore US mobile subscriber data for the three months ending in March. After years of steady, steep declines, Windows Phone subscriber share held steady from February to March, which perhaps not coincidentally is when Nokia Lumia 900 went on sale. Could it be...

comScore measures subscribers 13 years and older. Microsoft mobile share among smartphone subscribers held steady at 3.9 percent month-on-month, the first real stop in drop in years. How mighty is Microsoft's fall? Market share was 19 percent in September 2009, for example. So 3.9 percent is nothing to skinny, but staying there rather than going down is small, but notable improvement.

"I was surprised in talking with my Dad that he was aware of the Lumia 900", BetaNews reader mshulman comments last month. "He's clueless when it comes to this stuff, yet he was aware of it and interested in it". That's marketing.

As for timing, there undeniably is a segment of smartphone users (you'll find some of them in BetaNews comments) who tire of iPhone and find iOS 5 dated compared to fresh, fluid Windows Phone.

Last month, Jeff Flahaven told readers why "I traded iPhone 4 for Lumia 900". iKing_5 responds: "I actually applaud Microsoft for producing a unique-looking OS instead of the me-too, iPhony OS that is Android". Flahaven compares his experience using both smartphones, as do many commenters, whose responses are worth reading, too.

Reader AS147 responds: "WP7 with half decent support has only been out a few months (before that they had no or very little telco, sales, developer or hardware vendor support). Now that there are sales incentives, 80,000+ apps, growing telco support and finally one hardware vendor on board things may turn around". 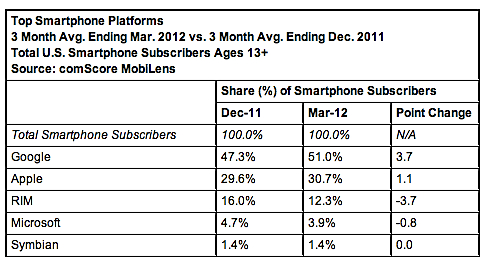 That's right, Android shot up from less than Windows Phone's market share today to over half of US smartphone subscribers in little more than two years.

Android and iPhone aren't taking share from one another but everyone else, with BlackBerry, Symbian and Windows Phone the big losers. Where then will Windows Phone share gains come from? Then there is the measure of one market, the United States.

"One of the biggest drivers of Windows Phone sales will be the release of Windows 8; with its possibility of providing Windows on phones, tablets and desktop", Richard Beck comments.

BetaNews reader Dougau doesn't see much changing: "Windows 8 may give Microsoft a small 'window of opportunity' (pardon the pun) to drive Windows phone sales but Microsoft seems to screw up everything they touch these days so Google and Apple really have nothing to fear".

116 Responses to Is there hope for Windows Phone?