Get ready for Microsoft mystery Monday 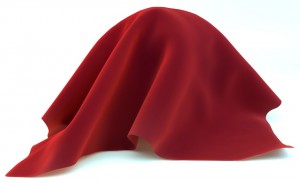 Say, it must be vacation time. The folks from Redmond, Wash. will trek to Los Angeles for a mysterious June 18 event. It's the right month to soak up Southern California sun. Timing surely isn't coincidental -- a week following Apple's swaggering MacBook Pro with Retina Display, iOS 6 and OS X Mountain Lion announcements and 9 days before Google's developer conference commences. Apple and Google chose San Francisco venues, while Microsoft will get its people out of the clouds into some blue skies (well, once the Marine layer blows off). I'm all for LA, since it's driving distance from San Diego. Not that I received an invitation.

But others who got one have shared the details, of which there are none. Microsoft is being uncharacteristically cagey, a corporate cultural quality that is in too short supply up North. Nothing builds buzz like mystery. With Apple's announcements behind, and Google I/O too far away, Microsoft has given bloggers, commenters, reporters and other pundits something to speculate about. Oh, what could it be?

I can tell you what Microsoft should but likely won't announce: Windows 8 release to manufacturing. RTM coming just weeks after the Release Preview would be totally unexpected and ensure launch sooner than most anyone expects. The big gold code drop would flummox competitors, while deflating Google I/O news and Mountain Lion's July launch. RTM would be the mother of all marketing coups. I can dream.

Something big must be going on? Why else would Microsoft rip so many of its employee dads from loved ones on their one special day of the year. Surely CEO Steve Ballmer or Windows & Windows Live President Steven Sinofsky aren't that cold-hearted. Eh, right? (Now's the time for you Microsoft employees to take advantage of anonymous commenting and answer.) Anything less than big will be a wallowing let-down.

Surely, Microsoft isn't ruining Father's Day just to show off a bunch of Windows tablets, as some have speculated, that we all know something about? LA is right venue for Xbox Music -- you know, now that Zune really is dead. But is that really big enough? I wouldn't truck up to Los Angeles for that.

That's the problem with mystery, buzz and rumors. If this thing isn't as big as the rumors, Microsoft will get all the blame -- even if rumormongers set the lofty expectations. That's the risk, particularly if Apple or Google fanboys spread rumors that get their Microsoft counterparts really worked up. Stuff like: The next version of Office will be free, Windows RT tablets will sell for $199, Bing will become the default search engine for iOS or the city of Los Angeles will adopt Office. The latter one is devious because it's believable given Google's fallout with LAPD over Apps but disappointing reason to schlep to Los Angeles.

Truly sinister rumor to spread: Steve Ballmer will step down as CEO in a year. Los Angeles is so unexpected a venue compared to New York or Redmond, that it's believable enough as diversionary locale.

Circling back to the plausible, consider this: Event time is 3:30 pm PT, which is strange. That's 6:30 am Tuesday in Beijing, China, 7:30 am in Tokyo, Japan and 8:30 am in Canberra, Australia. Is there a connection? Also: Microsoft's fiscal year closes June 30. Something financial -- that Microsoft wants to get on the books for FY 2012 -- makes lots of sense. But it would still need to be big enough to warrant a mid-June cloak-and-dagger shindig. What could it be? Please speculate in comments.

38 Responses to Get ready for Microsoft mystery Monday