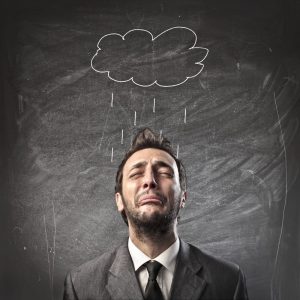 I won't lie and say I didn't see this coming -- after all, Microsoft's Live Mesh app has been on life support for some time. Still, it hurts to see it go.

Back in August, Microsoft began overhauling its Live services, along with other changes in its transformation to prepare for Windows 8. When it released the latest iteration with a name change from "Live Essentials" to "Windows Essentials 2012", it was a scaled back array of apps that did not include Live Mesh. The writing was on the wall.

At the time, Microsoft told us we could all continue to use Live Essentials 2011, but the implications were clear. A great free PC-to-PC syncing service was on the chopping block.

Now that ax is about to fall, you still have a couple of months to try and cover your neck from the blow. Thursday, the company stated through David Kornfield, that Windows Live Mesh will be officially retired on February 13, 2013, and that they are "starting to communicate with the remaining Mesh users and provide a set of instructions on how to keep their files in sync and alternative options for some of the features they’re still using."

Great...Although I have not received that memo yet. Lost in the mail, maybe?

In this case, the almighty dollar looks to have taken the place of customers. But a company needs to be profitable or it goes away. To that end, Microsoft provides great instructions on how users can switch from Live Mesh to SkyDrive.

SkyDrive provides up to 7 GB of free storage unless users are grandfathered into the free 25 GB plan. The problem is that many of us have a My Documents folder much larger than that 7 GB cap, and here's the kicker...Additional storage on SkyDrive, which is a necessary intermediary for syncing, is not free.

Microsoft will certainly sell you more storage, and the company has you by the throat on this since its cloud is vital to making the new "sync" service work.

So what do you do now? Obviously you can pay Microsoft its ransom -- yes that is how I think of this -- or you can move on.

Personally, I am moving on. I was a big fan of SyncBack SE in the old days and it may be time to bring that service back into my life. I have a real interest in keeping documents in sync between my desktop and laptop and I do not care to pay for that privilege. There are also many other free sync programs out there. Do some research and pick what is right for you, but don't give in to this strong-arm from Microsoft unless you truly think SkyDrive is your best option.