Samsung announces first curved screen smartphone -- but only in Korea 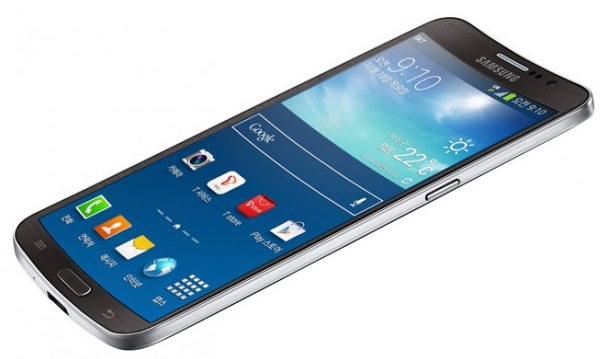 After what was possibly the shortest-lived leak in history, Samsung announces the Galaxy Round, a smartphone with a curved screen. Just days after LG announced mass production of the first flexible display, images started to leak online that depicted a curved Samsung device.

This was followed almost immediately by a Samsung announcement, complete with the news that the phone will be available in Korea from 10 October.

The phone features a 5.7 inch Super AMOLED screen, weighs in at 154g, and makes use of the fact that the body is curved -- it seems to be about more than just ergonomics. When playing music, tapping the left or right of the device skips back and forward between tracks, essentially transforming the entire phone into a giant rocker switch known as the Bounce UX. The Roll Effect feature makes it possible to check notifications when the screen is switched off -- check out the YouTube video. The same movement is used to check album art, and to view photos and videos.

Like the recently released Note 3, the Galaxy Round supports Multi Window modes so more than one app can be displayed at once. Inspiration is also drawn from the Note 3 in the form of a leather back complete with stitched edging.

In a blog post Samsung employees who got their hands on the device said that it "felt awesome" and that the grip was "amazingly snug". The Galaxy Round initially launches in the intriguingly named Luxury Brown, but more colors will be made available further down the line. There is no word on global availability yet.

What do you think of the idea of curved phone: gimmick or genuinely useful?