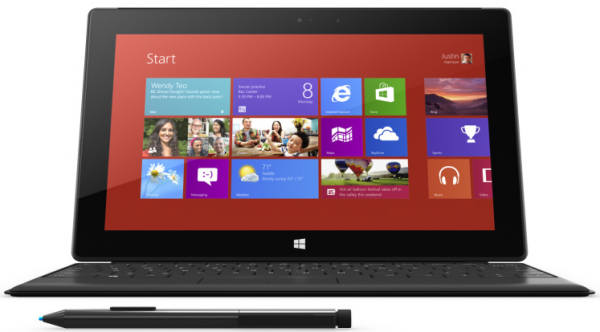 In early August, Surface Pro received a $100 price cut in an attempt to lure prospective buyers, following the less than stellar revenues generated by Microsoft's tablet lineup. The base model would run for a more accessible $799, with the flagship costing $899. Now, the software giant is at it again, slashing the price of its Surface Pro one more time.

The latest Surface Pro price-cut comes in response to the arrival of the new Surface Pro 2, that touts significantly better battery life and performance improvements and a price that kicks off at $899 for the base model. Unsurprisingly, Microsoft wants to give Surface Pro a real fighting chance at raking in more sales before pulling the plug.

But here is why you should consider spending that extra $200 to get the Surface Pro 2. First off, the new generation comes with 200 GB of SkyDrive storage for two years -- that alone costs $200 -- and unlimited landline calls in over 60 countries coupled with free Wi-Fi, both for a year, through Skype.

Also, the second generation is, as I previously mentioned, faster and lasts longer on battery power. There are also more compatible accessories and if you go for the 256 GB or 512 GB models it ships with 8 GB of RAM instead of 4 GB of RAM, as in the lesser models and the first generation.

The discounted Surface Pro is available, according to the software giant, in Microsoft stores and lasts until December 31. The date implies that the tablet could be retired before the start of 2014.

28 Responses to Microsoft Surface Pro gets a new price cut