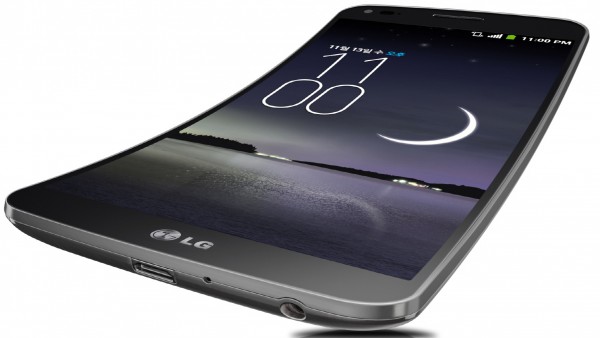 When Samsung announced the Galaxy Round, the company's first smartphone with a curved display, many folks (myself included) struggled to see the real-life benefit that such a form factor would allegedly bring. The natural direction for the curve is considered to be on the long side, and not on the short one as the Galaxy Round has it. The rather gimmicky Roll Effect feature, that shows users some information when tilting the device, did not add more credibility to the touted benefits of the Galaxy Round either.

Rival Android maker LG has also announced its first smartphone with a curved display, that is called G Flex. The company markets it as the "world's first 'real' curved smartphone", in a (clever) attempt to take advantage of the negative feedback that the Galaxy Round has received so far.

"The LG G Flex is the best representation yet of how a smartphone should be curved", says LG president and CEO Dr. Jong-seok Park. "The LG G Flex with its distinctive design, innovative hardware and consumer-centric UX represents the most significant development in the smartphone space since smartphone became part of our regular vocabulary". LG is clearly not shying away from subtly mocking the competition.

Unlike the display of the Galaxy Round, the panel on the G Flex is curved on the long side (or vertically) which should theoretically help users reach the top side easier. LG is comparing its smartphone with old telephones which, due to their shape, were closer to the caller's mouth than the typical handsets of today. Clearly, this is not a very sexy reference and not one that young people may relate to.

LG says that because of the design of the G Flex, the sound level is 3 dB higher compared to "typical flat smartphones", the device is grippier and fits "more comfortably in one's back pocket". Obviously, the question here is: Why would anyone want to store the G Flex in their back pocket? I sure don't. (Don't people sit on their back pockets?)

The G Flex features the same button arrangement from the G2 -- the power and volume keys are on the back, underneath the camera. I was skeptical at first, but after trying this on the G2 I found it to be quite pleasant to use in the hand. I have not had the device in any of my pants' pockets, so I cannot comment on accidental wakes and such. Now let's look at the specs.

The star of the show is the 6-inch P-OLED display, touted as being brighter and more precise. It is made of plastic and, according to LG, delivers an "IMAX-like" viewing experience in landscape mode. By modern standards, the 720 by 1280 resolution is low for such a screen size, but is aided by the "Real RGB" matrix which has blue, green and red subpixels in one pixel. The screen is definitely not geared towards spec-sheet fans.

The G Flex is powered by a 2.26 GHz quad-core Qualcomm Snapdragon 800 processor, an Adreno 330 GPU running at 450 MHz, 2 GB of RAM and a 3,500 mAh non-removable battery. According to LG, the smartphone should have "enough power for more than a full day of use".

The G Flex comes in at 160.5 x 81.6 x 7.9 mm and 177 grams. There is only one available color trim -- Titan Silver. Like the Galaxy Round, the G Flex is set to launch in South Korea first, in November. Other markets will follow. There is no mention of pricing.