Is it a notebook? Is it a tablet? HP announces its new convertible PC 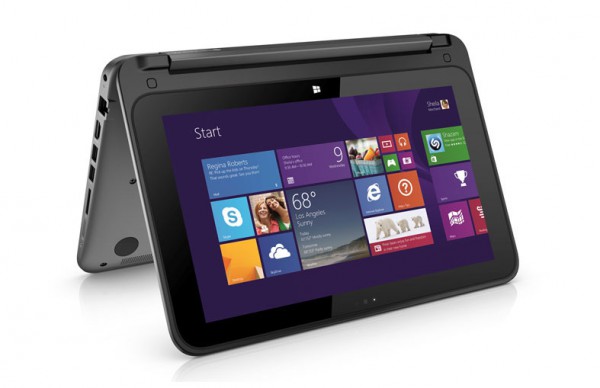 If you can never decide whether to take the notebook or the tablet with you when you go out, HP may have the machine for you.

Its new Pavilion x360 is a convertible PC with a 360-degree hinge so you can use it as a conventional notebook, a tablet, or in what the company calls "tent mode". Sadly this means only that you can stand it up on a table not actually go camping under it.

"Customers have told us they want a single device that is designed to work and play the way they do, at an affordable price," says Ron Coughlin, senior vice president of HP's Consumer PC and Solutions Group. "The HP Pavilion x360 is perfect for today’s busy lifestyles. Its 360-degree hinge allows multitaskers to easily transition from laptop to tent to tablet. It's the laptop that doesn't make you miss your tablet and the tablet that doesn't make you miss your laptop -- all at a price that is similar to an entry-level notebook".

With a weight of 3.08 pounds it's heavier than an iPad but about average for a notebook. The x360 has an 11.6-inch high definition SVA display with 10-point capacitive multi-touch, an HD webcam, twin speakers and a Pentium processor.

It comes in red or silver with a soft-touch finish on the outside to resist fingerprints and a brushed aluminum keyboard deck.

The Pavilion x360 should be available in the US on 26 February priced from $399.99. For more information visit the company's website.

HP also announced an expansion of its DataPass service, which gives users two years' free mobile broadband at 250MB of data each month. Currently available only in the UK, Sweden and Denmark, DataPass will be extended to 12 more countries, including the United States, from this summer.