Digital Me: Will the next Cringely be from Gmail? 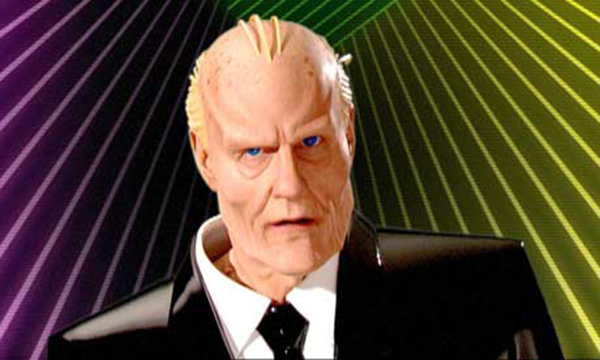 My last column discussed the intersection between Big Data and Artificial Intelligence and where things might be heading. The question for this column is can I (Bob Cringely) be replaced by a machine?

Look below the fold on most news sites and you’ll see ads that look like news stories but aren’t: "One Weird Trick to Grow Extra Toes!", or "The 53 Hottest Ukrainian Grandmothers!" I’m waiting for "One Weird Trick to Becoming a Hot Ukrainian Grandmother with Extra Toes!" Read the stories and they are total crap, that is unless you have a fetish for Ukrainian Grandmas… or toes. They are all about getting us to click through page after page and be exposed to ad after ad. Alas, in SEOWorld (the recently added 10th level of Hell) some people call this progress.

And if you actually read these stories rather than just look at the pictures, you’ll note how poorly written they are -- poorly written but obviously written by humans because  machines wouldn’t make the mistake of repeating whole paragraphs, for example.

Lately I’ve noticed the writers are adding a lot of opinions. In a story on 40 Examples of Botched Celebrity Cosmetic Surgery, they seem to have gathered a collection of celebrity shots without regard to whether surgery actually happened then simply surmise: "It looks to me like Jennifer Aniston has had some work done here, what do you think?"

If they can get us to comment of course it makes that page move up in the Google ranking.

This too shall pass. Years ago my friends Mario Fantoni and James Kowalick came up with a way to massively increase the readership of print and online display ads by throwing crazy images into the pictures. You remember those ads, which tended to feature things like babies dressed-up as honey bees appearing to fly through a furniture ad. The crazy images got people to look closer at the ads. For awhile many ads used this technique, which eventually died away just as quickly because we became immune. And so will "One Weird Trick to Get You to Look at 17 Pictures!" It’s a fad.

What isn’t a fad is writing original material that’s thought-provoking and gets people to respond, which is what I try to do here. The next step in Internet content, then, might be automating me. And I am sure it is coming.

Gmail recently altered its Terms of Service, making it absolutely clear that it does read our email, thank you, and a lot more. The part I found especially disturbing is Google’s assertion that my using Gmail gives it the right to produce "derivative works".

Under the Gmail Terms of Service Google can legally go through the 100,000+ messages sitting in my IN and SENT boxes and use that content to generate new columns. I have accessible right now online more than 1200 columns and stories totaling more than 1,000,000 words. What’s to keep Google (or anyone else for that matter) from beating the Hadoop out of that content to come up with an algorithm for generating Cringely columns? Then use all the material in my Gmail (Gmail hosts cringely.com email) as fodder for those new columns?

If Google Vision can recognize kittens after 72 hours of ab initio crunching there’s no way Google couldn’t find a way to generate columns like this one, especially if I’ve been gathering the material for them.

It’s not ego or paranoia driving my thinking here, it’s economics. You and I know that what you are reading right now is essentially worthless. But Wall Street doesn’t see it that way based on recent sales of online media properties. On a per-reader basis this rag would appear to be worth several million dollars. It’s not of course, but we’re smart and Wall Street is stupid. Or, more properly, Wall Street is automated.

Based on these comps I recently complimented Om Malik on becoming a billionaire.

Someone shortly will put together all these components and start to generate news from nothing. Well not from nothing because inspiration has to come from somewhere, but it’s happening. It’s just a matter of the idea becoming interesting enough to some PhD at Google or Yahoo or even Microsoft -- any outfit with access to our intimate secrets and the right to make derivative works based on that material.

Personally I welcome the competition. But I’m also moving my email back in-house, immediately.