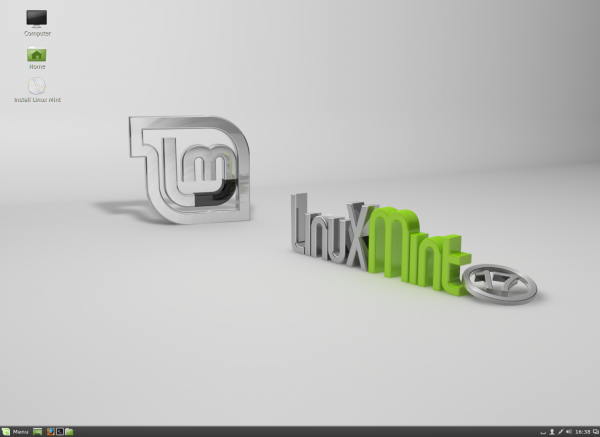 Ah Linux, we meet again. I am on a perpetual journey to find the perfect Linux distro. Sadly, I am finding it not to be elusive, but downright non-existent. You see, operating systems based on the open-source kernel are very fragmented in experience. It is hard for the stars to align and have everything you want be represented. Maybe you like the available environments for a distro, but hate the package manager. Or maybe you love the community support, but find the release schedule too slow.

While not perfect, Linux Mint is what I have found to be the best choice for many, including myself. It is based on Ubuntu, so it has the awesome APT package manager, while also supporting Cinnamon, Mate and other environments. The tweaks and polish that the Mint team delivers makes it a robust and familiar experience. Well, fire up your torrent and ISO writing software and grab your nearest blank DVD or flash drive -- Linux Mint 17 is finally here!

Both the Cinnamon and Mate versions are available immediately, with KDE and XFCE versions likely to follow in the future. The big news about this release however, is that it is LTS, or "Long Term Support". This means that the Mint team will support it until 2019. This is great news for people that favor stability over bleeding edge. A small business owner for instance, may benefit from this.

While the release should likely be rock solid, there are a few known bugs. The Cinnamon and Mate versions may have issues with both Skype and DVD playback in VLC, but the team has some suggested workarounds.

More serious though is that in some computer configurations, Mint will not boot or will freeze when a Nvidia graphics card is present. There is a workaround for this too, but it requires manual input to the boot arguments -- too much work for the average user. Sadly, the Mint team does not disclose which cards are affected, so users will have no way to know if they will be facing a headache.

Strangely however, the Mate version is shipping without Bluetooth support and the user must install a package to enable it. This could be particularly frustrating for someone looking to utilize Bluetooth input devices such as a keyboard and mouse.

Bugs aside, there are many good things too, such as improvements to the update manager, driver manager and the login screen. Most importantly however, the wheel has not be reinvented. Fans of Cinnamon and Mate will be right at home. Hell, someone transitioning from an operating system like Windows XP should be comfortable as well.