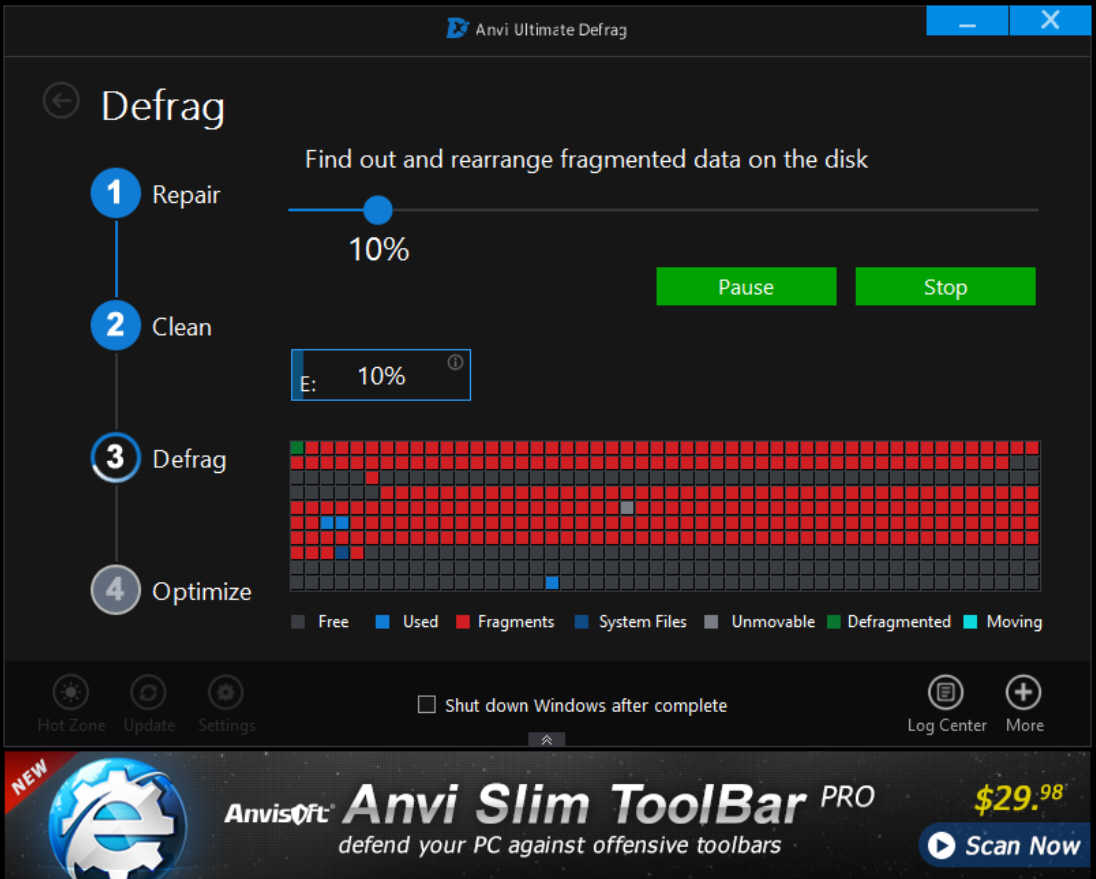 Anvisoft has released Anvi Ultimate Defrag 1.2, and announced that the program -- once an eye-watering $29.98 -- is now free.

Unsurprisingly, that does introduce some other issues. Setup now installs another Anvisoft product by default (you can avoid this with a click), and Ultimate Defrag’s interface is now spoiled by an "Anvi Slim Toolbar PRO" ad (this can be hidden, but returns when you next launch the program).

The company has to sponsor its free releases somehow, of course, and Ultimate Defrag does offer a little more control than some defrag programs. You can choose to show or ignore SSDs or removable drives; defrag multiple drives simultaneously; schedule boot defrags, or run various aspects of the program as scheduled tasks (optionally turning this off if your system is on battery power).

There’s also the ability to delete junk files before the defrag process begins, which may speed it up a little, and an unusually detailed Logs page lists every action taken.

Anvi Ultimate Defrag 1.2 doesn’t do very much on its own (it uses chkdsk to scan your drive for errors), but the program is easy to use and offers more control than the standard Windows defrag tool. Downloads are available now.