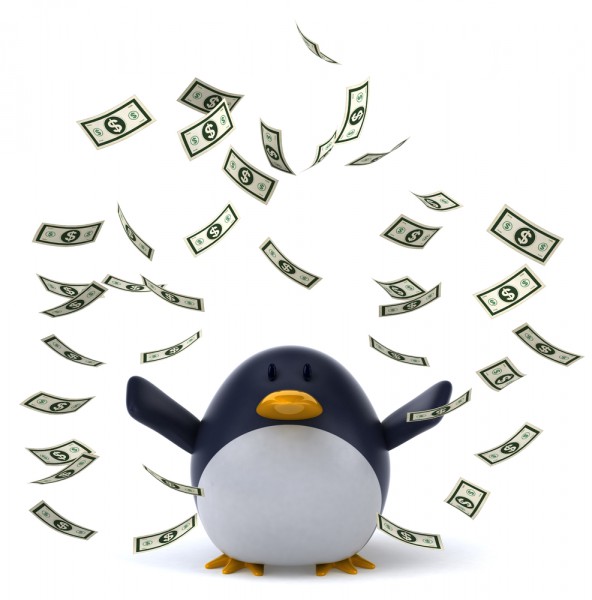 Many people -- let's call them 'haters' -- like to make fun of Microsoft's mobile market share with Windows Phone. True, the platform is a failure in this regard, but many users of the OS like it. Quite frankly, besides the lack of apps, Windows Phone is a rather smart and well-designed operating system.

If you choose to laugh at Microsoft over its mobile presence, feel free, but please know that Microsoft is laughing too; all the way to the bank. What you may not know is, Microsoft makes money from Android handset sales thanks to its patent portfolio. In fact, it also collects money from Chromebooks too. In other words, Microsoft is profiting from Linux, since both operating systems are based on the kernel. Today, Microsoft increases its number of patent licensing agreements, by making a deal with Qisda Corp.

"Microsoft Corp. and Qisda Corp. on Friday signed a worldwide patent licensing agreement that provides broad coverage under Microsoft’s patent portfolio for an array of Qisda and BenQ devices, including smartphones and tablets, running the Android and Chrome operating systems", says Microsoft.

Nick Psyhogeos, vice president and executive director of Microsoft Technology Licensing LLC explains, "today’s agreement demonstrates the power of licensing to accelerate innovation, because it will provide Qisda with greater patent protection as it brings new devices to market. With this agreement, Microsoft has now entered into patent licensing collaboration agreements with nearly all the top Taiwanese original device manufacturers (ODMs). We are pleased that companies around the world continue to see the value of our patent portfolio, and view mutual respect for patents as an important element of building broader business partnerships".

This agreement with Qisda simply highlights Microsoft's money-generating machine -- its patent portfolio. While I am sure the company wants Windows Phone and the soon-to-be-released Windows 10 for phones to be successful, collecting money from Android and Chromebook sales is definitely a healthy consolation prize.

Does it upset you to know Microsoft is profiting from Android and Chrome OS? Tell me in the comments.