Windows 95 launched 20 years ago today and changed the world 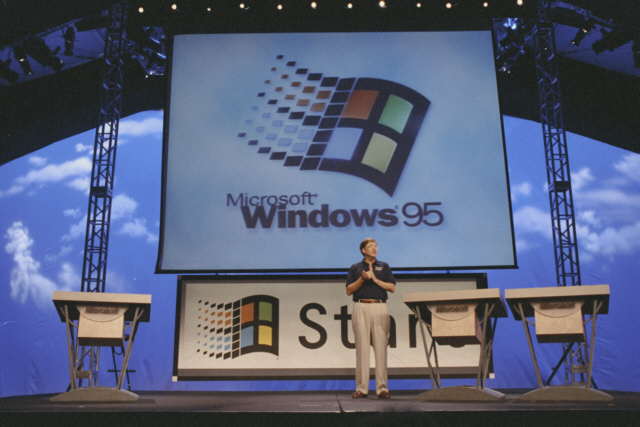 I first started writing about computers for a living in 1993, when I joined a UK magazine called PC Home. Back then we used Windows 3.11 and MS-DOS, and much of our online life was spent on CompuServe, although the World Wide Web (and the "information superhighway") was slowly starting to make its presence felt.

After I’d been in the job for a couple of years, Microsoft announced a new version of its OS: Windows 95. The launch event was held on a 12-acre sports field in Redmond. Over 500 press representatives attended, along with 2,000 computer industry heavyweights. Over 70,000 others watched live worldwide via satellite television feeds. The new OS was hugely different to 3.11 -- being 32-bit for starters, integrating DOS and Windows and boasting a smart new look that included a desktop, taskbar and Start button. And I absolutely hated it.

I wasn’t alone. For the first few months after its arrival only one person in our office used Windows 95 as his primary operating system and the rest of us used his computer when we wanted to write something about it. Other tech journalists I spoke to weren't that keen either.

Fortunately for Microsoft, consumers were far less reticent to try something different -- Windows 95 sold some seven million copies in the first five weeks, buoyed by the multimillion-dollar hype (Microsoft spent an estimated $300 million promoting the OS, which included some $12 million for the rights to use the opening chords of the Rolling Stones song "Start Me Up" as its theme tune).

I eventually made the switch to Windows 95, begrudgingly, but I soon embraced it, learned to love it, and I’ve liked every version of Windows since, even -- albeit to a lesser degree -- the much maligned Windows 8.

Looking back to 1995/96 I find it amazing, stupid, crazy that I clung on to Windows 3.11 as doggedly for as long as I did. Preferring to type commands into DOS instead of using menus in a GUI. I can’t see what possible reason I had for resisting change, avoiding making such an obvious upgrade, even though it must have been very clear to my youthful self back in the day. I'm sure there are people clinging onto Windows 7 instead of opting to upgrade, for free, to Windows 10 right now, and who in years to come, will wonder what took them so long to make the switch (although Windows 10 is far from revolutionary, as Windows 95 was back then).

What's your first memory of Windows 95?