Why Yahoo is worth less than nothing 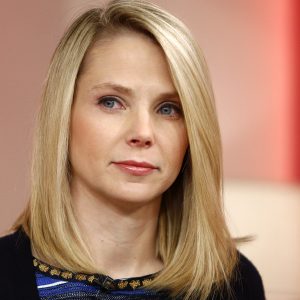 A reader pointed out to me today that Yahoo, minus its Alibaba and Yahoo Japan stakes plus cash, is now worth less than nothing according to Wall Street. This says a lot about Yahoo but even more about Wall Street, since the core company is still profitable if in decline. If I were a trader (I’m not) that would argue Yahoo is a buy since there’s likely to be a future point at which the company will be free of those other riches and even Wall Street will be forced to give the carcass a positive value.

But when I heard about the negative value story the first thing that came to mind was something my old friend Joe Adler said long ago about one of my startups. "Your company is starting to have a stench of death about it", Joe said. And Joe was right.

Yahoo may be profitable, may have billions in investments, but still the company has about it a stench of death. This less-than-tangible corporate characteristic is dragging the company under and there is only one way to deal with it: change everything.

Three years into her tenure as Yahoo CEO, Marissa Mayer has tried a lot of things to improve her company’s prospects but she hasn’t changed everything. Her current path seems to be spinning-off the Alibaba stake to get activist investors off her back, then spinning-off Yahoo Japan when those activist investors realize they can suck the same blood a second time, then finally Ms. Mayer will be in command, 2-3 years from now, of a slimmer, trimmer, and I-guarantee-you totally worthless Yahoo. That’s because you can’t use an old turnaround playbook for what’s essentially a new market.

Yahoo can’t go back to its former greatness because that greatness is no longer available to be got.

Think about that statement because it’s as true for Google and Microsoft as it is for Yahoo. PC search has peaked, PC operating systems and applications have peaked. It’s just that what Yahoo does -- functioning as a web portal -- peaked around 2001.

It’s popular to say that one definition (some people say the definition) of insanity is doing the same thing over and over expecting a different result. I’ve put some legwork into tracking-down that quote and found it isn’t true. But when it comes to Yahoo or any Yahoo-like company trying permutations on half a dozen restructuring techniques, I’d say there must be some insanity involved because they are changing all the wrong things.

Its corporate objective is unachievable not because Yahoo isn’t smart enough but because itsintended destination no longer even exists.

So what’s to be done? Well it’s pretty darned obvious to me that Yahoo’s current path is the wrong one. It is, in fact, absolutely the wrong way to go. Yahoo would be far smarter to do the exact opposite of everything it has recently proposed.

Ask Warren Buffet how to get rich and he’ll eventually talk about preservation of capital. If you have a ton of money or assets sitting on your corporate books about the worst thing to do is to give them away, yet that’s exactly what Yahoo will be doing by spinning-off to shareholders its Alibaba stake.

The whole point of the Alibaba spin-off is to placate investors, buying Mayer extra time to fail.

If the present goal is unreachable, giving away two thirds of the company to buy more time to reach it makes no sense.

Now let’s pause for a moment and consider two famous tech turnarounds -- Apple and IBM. Each of these companies had an amazing turnaround beginning in the 1990s that will be held up as examples of what Yahoo could do, too. Except Yahoo isn’t IBM circa 1993 or Apple circa 1997. Not even close.

Both of those companies were actually in worse shape than Yahoo is today, but its markets weren’t. Apple and IBM had to recover from horrible mismanagement while Yahoo has never lost a cent. Yahoo’s problem is the world is less and less wanting the solutions it offers. And Yahoo’s solution to this, which has been to nudge a little in one direction or another, simply isn’t bold enough.

Preserve the capital, not the business.

Yahoo shouldn’t be spinning-off anything. Mayer should be selling every operating business she can while it still has trade value. Search, advertising, content, the various portals like Yahoo Finance -- these all should be for sale, primarily to Google and Microsoft.

Let them fight for economies of scale in an industry that has already peaked.

When Marissa Mayer came to Yahoo three years ago she had a mandate for change but she didn’t change enough. Conventional wisdom says that mandate has expired and can’t be renewed. In this case conventional wisdom is wrong. Ms. Mayer has a chance to renew her mandate if she proposes changes that are bold enough to shock and awe Yahoo shareholders.

Sell everything that moves, turning it into dry powder for the real battle that lies ahead. Then explain to shareholders the precise strategy through which the New Yahoo will turn $50 billion into $500 billion over the next decade. That will be enough to renew Mayer’s mandate.

But only if she’s smart enough to do it.

And what’s this amazing strategy? I explained it all right here 13 months ago. Here’s that entire column from September 2014 with not a single word updated or changed. It was true then and it’s still true today, though time is quickly running out.

Alibaba’s IPO has come and gone and with it Yahoo has lost the role of Alibaba proxy and its shares have begun to slide. Yahoo’s Wall Street honeymoon, if there ever was one, is over, leaving the company trying almost anything it can to avoid sliding into oblivion. Having covered Yahoo continuously since its founding 20 years ago it is clear Y! has little chance of managing its way out of this latest of many crises despite all the associated cash. But -- if it will -- Yahoo could invest its way to even greater success.

Yahoo CEO Marissa Mayer, thinking like Type A CEOs nearly always seem to think, wants to take some of the billions reaped from the Alibaba IPO and dramatically remake her company to compete again with Google , Microsoft , Facebook, and even Apple.

Those ships have, for the most part, already sailed and can never be caught. Yahoo would have to do what it has been trying to do ever since Tim Koogle left as CEO in 2003 and regain its mojo. There is no reason to believe that more money is the answer.

It’s not that Mayer isn’t super-smart, it’s that the job she is attempting to do may be impossible. She has the temperament for it but the rest of Yahoo does not. Even if she fires everyone, Yahoo still has a funny smell.

In practical terms there are only two logical courses of action for Mayer and Yahoo. One is to wind things down and return Yahoo’s value to shareholders in the most efficient fashion, selling divisions, buying back shares, and issuing dividends until finally turning out the lights and going home. That’s an end-game. The only other possible course for Yahoo, in my view, is to turn the company into a Silicon Valley version of Berkshire Hathaway. That’s what I strongly propose.

Mayer seems to be trying to buy her way ahead of the next technology wave, but having been at this game for a couple of years so far, it isn’t going well. Lots of acqui-hires (buying tech companies for their people) and big acquisitions like Tumblr have not significantly changed the company’s downward trajectory. That’s because that trajectory is determined more by Google and Facebook and by changes in the ad market than by anything Yahoo can do. It’s simply beyond Mayer’s power because no matter how much money she has, Google and Facebook will always have more.

It’s time to try something new.

While Berkshire Hathaway owns some companies outright like Burlington Northern-Santa Fe railroad and GEICO, even those are for the most part left in the hands of managers who came with the businesses. At Coke and IBM, too, Berkshire tends to trust current management while keeping a close eye on the numbers. Yahoo should do the same but limit itself to the tech market or maybe just to Silicon Valley, keeping all investments within 50 miles of Yahoo Intergalactic HQ in Sunnyvale.

Yahoo’s current stakes in Alibaba and Yahoo Japan are worth $36 billion and $8 billion respectively and Alibaba at least appears to be on an upward trajectory. With $9 billion in cash from the Alibaba IPO Yahoo has at least $50 billion to put to work without borrowing anything. $50 billion is bigger than the biggest venture, private equity or hedge fund.

Mayer is smart, but maybe not smart enough to realize the companies in which she is interested could do better under their own names with a substantial Yahoo minority investment. That would leverage Yahoo’s money and allow a broader array of bets as a hedge, too. Mayer can pick the companies herself or -- even better -- just participate in every Silicon Valley B Round from now on, doing a form of dollar cost averaging that puts $15 billion to work every year. With future exits coming from acquisitions and IPOs (and possibly winding-down its own tech activities) Yahoo ought to be able to fund this level of investment indefinitely. Yahoo would literally own the future of tech.

Silicon Valley companies that make it to a B Round (the third round of funding after seed and A) have dramatically better chances of making successful exits. Yahoo wouldn’t have to pick the companies, Hell they wouldn’t even have to know the names of those companies, just their industry sectors and locations. Forty years of VC history show that with such a strategy investment success would be practically guaranteed.

As opposed to the company’s current course, which is anything but.