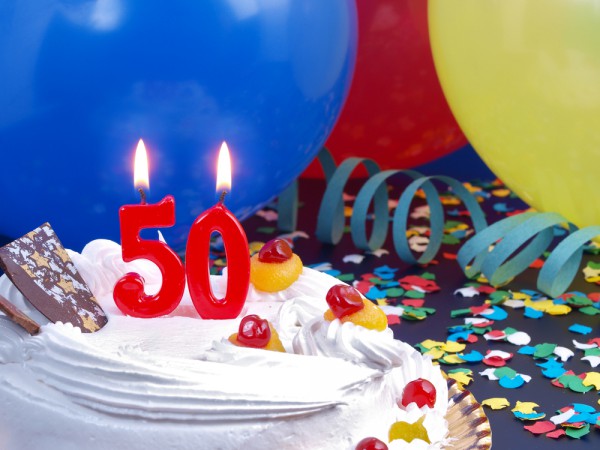 Dog years is too slow a measurement when it comes to the Internet, which pace maturing makes Moore's Law look like a skeleton sitting at a feast (it's too feeble a metric). Case in point: Google Chrome 50 officially releases this fine Wednesday, which is a long way from its late-2007 alpha. Whew, where did the years go?

Now before you quibble about who's how old when, let's clarify. By my math, and an official blog post, Chrome turned 50 one week ago. Maybe none of us noticed. I write this the afternoon before Big G rolls out the birthday cake, and Chrome was v49 when I checked but updated to 50. Perhaps this is a push comes to shove thing: Pushing the official day a week later when automatic update shoves the new version out to most users.

The meme thing to do -- now that the Internet mob has exhausted all plausible interest in top-10 lists -- is to publish a splashy graphic that boasts big numbers meant to impress us all to shock. Mere mortals are meant to bow down in awe, kissing the ground where Chrome's mighty web feet tread: One million mobile users -- each month! (gasp); Chromies are protected 145 million times from wicked webpages (wow, the Internet is way dangerous).

But, hey, you can't argue with success. When Chrome 1.0 shipped in September 2008, Microsoft Internet Explorer owned the web, with Firefox licking dust and Opera doing the turtle thing far behind. Nearly eight years and 49 more releases later, the stats are startling. According to StatCounter, Chrome desktop browser usage share was 60.1 percent at the end of March (second-place Firefox: 15.7 percent). Mobile, including tablets: 32.1 percent (second-ranked Safari: 22.35 percent).

Chrome benefits from a number of factors, including:

Meet Chrome 50. It's not balding, like ancient Internet Explorer, but there's gray around the sideburns and flushing out the ponytail. Enough of that. Can someone pass some birthday cake?