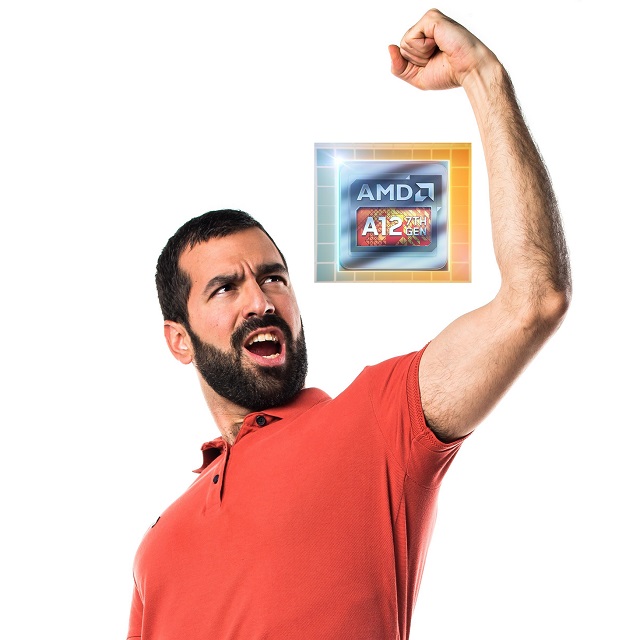 AMD makes very cost-effective and powerful processors. Even though some of its chips are a bit long in the tooth, gamers in particular can leverage them for a powerful machine without breaking the bank. Unfortunately, its AM3+ platform is lacking in some modern technology, such as DDR4 and PCIe 3.0. While DDR3 RAM is arguably still good enough, PCIe 2.0 is a bottleneck for modern NVMe SSDs.

Luckily, consumers won't have to wait long to get a desktop PC powered by AMD's latest 7th generation APU -- codenamed 'Bristol Ridge'. Windows 10 OEMs (Lenovo and HP only, for now) are finally shipping these AM4 machines, which feature DDR4 memory, PCIe 3.0, and more. Of course, as APUs, the systems will have solid graphic performance without the need for a dedicated graphics card. This paves the way for the even more-powerful Zen CPUs from AMD.

While pricing and design is unknown, these machines should start appearing at retailers soon. Keep in mind, even though the processor is an APU with integrated graphics, you do have an upgrade path with the likely PCIe 3.0 x16 slot. In other words, an APU is a great way to save money up front while keeping your options open. While some Intel core processors feature integrated graphics too, they are nowhere near the performance of a top AMD APU.

Are you excited to see PCs with 7th gen AMD APUs and AM4? Tell me in the comments.