Ivanka Trump used a personal email account for government business, but no we shouldn't 'lock her up' 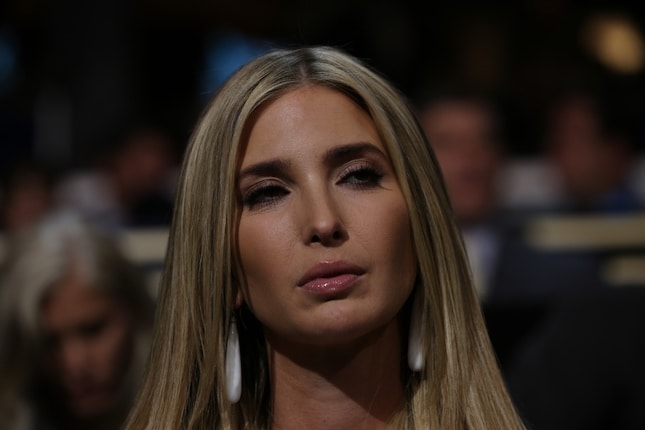 While I am not a fan of Donald Trump, I am hardly an admirer of Hillary Clinton either -- I had serious concerns about her use of a personal email server. I mean, look, the former Secretary of State was sending and receiving classified emails through a personal server set up in her home. She then deleted some of the communications which were property of the American people. Regardless of what you think about Ms. Clinton, it cannot be denied that she broke the law by doing these things. It felt very shady, and quite frankly, it probably cost her the 2016 election.

With that said, I cringed at the calls to "lock her up" where a vicious mob mentality took over at Trump's rallies calling her "Crooked Hillary." Should she have faced justice for breaking the law and arguably making the USA less safe? Absolutely. But we did not need the vicious chanting or name calling. Fast forward to 2018, and now the tables have turned in dramatic fashion. Donald Trump's daughter and White House administration member, Ivanka, has been exposed by a group called American Oversight for using her personal email accounts for official government business. Yes, she essentially did the same thing that Clinton did, albeit on a much smaller scale.

American Oversight obtained many damning emails that Ivanka sent to major government agencies in 2017, such as the Department of Treasury, Department of Education, and the Department of Commerce using her personal email account. Was the content of the emails extremely secretive stuff? I haven't read them all, but the ones I did were seemingly innocuous. But really, that's not the point -- the content is inconsequential. Ivanka doesn't get to make that call. When conducting official White House business, she cannot use a personal email account. Period.

To make matters worse, according to the Washington Post, her use of a personal email was hardly a secret to the Trump Administration. In fact, one White House official was quoted as saying "She was the worst offender in the White House." In other words, her breaking of the law was known, and she apparently isn't the only one doing so! Sigh. Comically, according to the same Washington Post report, when confronted, Ivanka claimed ignorance -- as if she wasn't in attendance at her father's vicious rallies with the aforementioned chanting.

A spokesperson for Ivanka's attorney said the following to the Washington Post.

While transitioning into government, after she was given an official account but until the White House provided her the same guidance they had given others who started before she did, Ms. Trump sometimes used her personal account, almost always for logistics and scheduling concerning her family. Ms. Trump did not create a private server in her house or office, no classified information was ever included, the account was never transferred at Trump Organization, and no emails were ever deleted

So, should Donald Trump lock "Crooked Ivanka" up over personal email use? The answer is no -- she probably shouldn't be imprisoned for this. Hell, I only refer to her as "crooked" to point out the hypocrisy of the situation -- I mean no ill will. With that said, she should absolutely face disciplinary action or resign. Rules matter.

The real crime here, however, is the deficiencies of the US Government from a technological perspective. It is quite sad that the private sector had to catch and expose this behavior. Instead, we should be looking into ditching woefully insecure email entirely for sensitive communications, instead coming up with some sort of encrypted government-only app and conducting regular audits.

Ultimately, we shouldn't really be mad at Hillary Clinton or Ivanka Trump for using their personal email accounts to communicate with government agencies -- we should be angry that it was possible for them to do so at all.

67 Responses to Ivanka Trump used a personal email account for government business, but no we shouldn't 'lock her up'