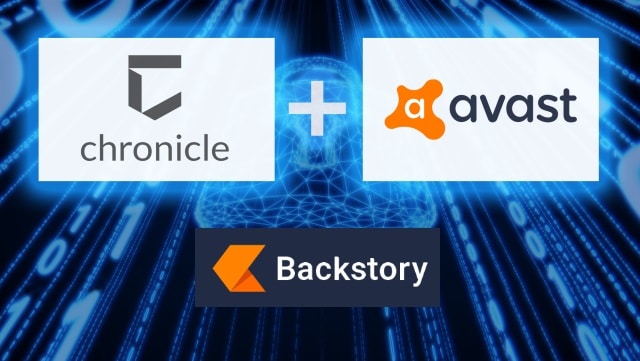 It is a year since Google's parent company Alphabet launched the cybersecurity outfit Chronicle. Now the startup has launched its first product, a security platform called Backstory.

Backstory is an enterprise-level cybersecurity and analytics platform; Chronicle describes it as "the first global security telemetry platform designed for a world that thinks in petabytes". Coinciding with the launch, Chronicle has teamed up with security firms Avast and Proofpoint.

This is by no means a small-scale project; as Chronicle says, this is a tool designed to deal with petabytes of data. The company explains that Backstory is "a global cloud service where companies can privately upload, store, and analyze their internal security telemetry to detect and investigate potential cyber threats".

It gives IT admins the tools they need to analyze data such as DNS traffic, netflow, endpoint logs and proxy logs, looking out for signs of cyberattacks.

Chronicle built a new layer over core Google infrastructure where you can upload your security telemetry, including high-volume data such as DNS traffic, netflow, endpoint logs, proxy logs, etc, so that it can be indexed and automatically analyzed by our analytics engine. Your data remains private -- it isn't scanned by or available to anyone for other purposes.

Backstory compares your network activity against a continuous stream of threat intelligence signals, curated from a variety of sources, to detect potential threats instantly. It also continuously compares any new piece of information against your company's historical activity, to notify you of any historical access to known-bad web domains, malware-infected files, and other threats. Backstory was designed for a world where companies generate massive amounts of security telemetry and struggle to hire enough trained analysts to make sense of it.

Building a system that can analyze large amounts of telemetry for you won't be useful if you are penalized for actually loading all of that information. Too often, vendors charge customers based on the amount of information they process. Since most organizations generate more data every year, their security bills keep rising, but they aren't more secure. Backstory is licensed differently, making it easy for you to get value from your own data.

As part of the project, Chronicle is welcoming Avast as a partner. Ondrej Vlcek from the cybersecurity firm says: "Avast, with the largest threat detection network in the world, is an inaugural Insight Partner, using its AI-driven threat intelligence to help protect against the biggest threats facing the enterprise through the Backstory platform. Chronicle and Avast set up this partnership knowing it was a way to work across the consumer and enterprise threat landscape at a very large scale. Security is not a problem only one party can tackle alone. Only with cooperation can we solve the big issues".