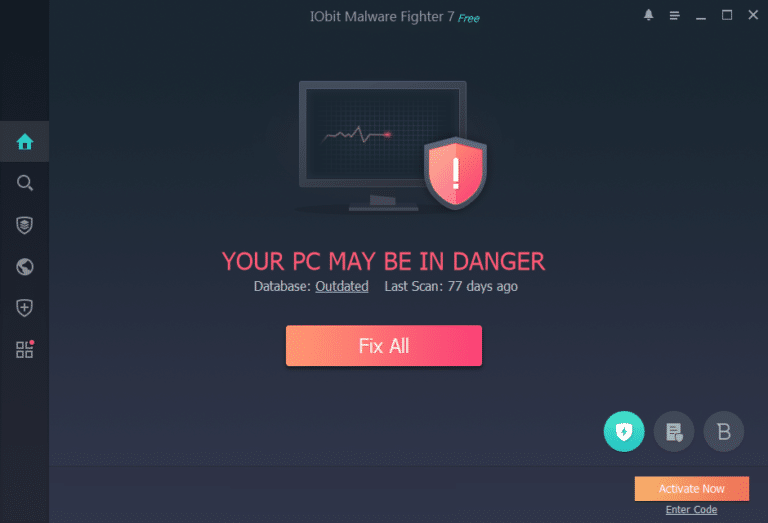 Can you ever have enough security? We often wonder after being told what our users have installed. It’s not unknown for people to have a full security suite alongside a second on-demand scanner and additional browser plugins warning them of potentially malicious websites.

As individuals tend to stick with a security suite which has worked for them in the past and, as long as their system isn’t compromised, continue to pay for a yearly subscription. With this in mind, developers are adding functionality to enable their security tools to run alongside and not interfere with your daily use. These are on-demand scanners where you’d need to schedule a scan or manually run a scan when required.

Malware Fighter 7 is the latest version of the on-demand security suite which embeds both its own engine developed by IObit and another licensed from award-winning Bitdefender.

What’s new in v7? The IObit anti-malware engine is as been re-written with speed in mind, enabling scans to be completed 300 percent faster than the previous version. The improved Safe Box module will password protect your personal data, whilst a wider database of 'known threats' will keep your system secure. Malware Fighter v7 includes the very latest 2019 Bitdefender engine. Better support for avoiding cryptocurrency mining attacks is included. For Windows 10 users, an improved Camera Guard stops rogue applications from gaining access to your webcam.

Also new in v7 is additional support for the latest Microsoft Edge (which ships with Windows 10, not the Chromium version in development) and improved customization support for adding your own skin.

It’s worth noting most of these new technologies are not included in the Free version of Malware Fighter which you can download here. The dual-engine Bitdefender option is only available with the paid PRO edition, as is the Safe Box and automatic updates. You also receive a USB Guard, the Camera Guard and MBR Guard with a PRO subscription. Malware Fighter PRO is available for $19.95/year.

Once you purchase PRO, the first action is for Malware Fighter 7 to download the very latest Bitdefender engine -- it’s even included in the code of the Free edition.