Microsoft has been teasing us with talk of a new "modern" operating system, but that doesn’t mean it’s forgotten about Windows 10.

Today it releases a new Fast ring build on the 20H1 branch -- the feature update set to roll out to users a year from now -- and adds a wealth of new features to the Your Phone app.

The Your Phone app gains some accessibility features -- screen reading and focus tracking -- and the ability to switch your Android phone’s keyboard language or layout while in the phone screen.

There are some known issues, and these include: 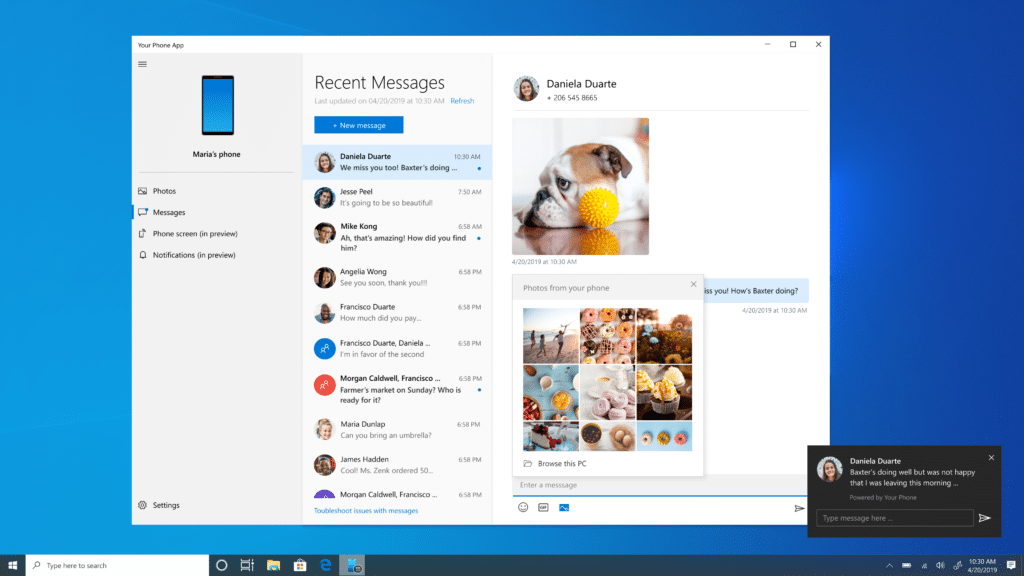 It can now sync over mobile data too, and there are new icons for Your Phone and Your Phone Companion.

As for the new build itself, general changes, improvements, and fixes include: