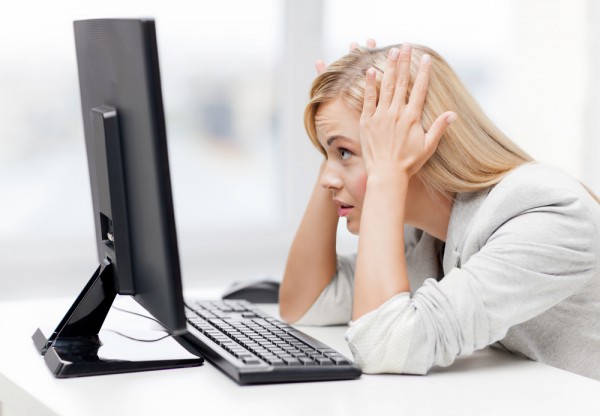 Computer downtime ranks as the most significant irritant in the workplace according to a new survey.

The study of employees at 500 UK businesses carried out by YouGov for Cherwell Software finds 41 percent naming downtime, ahead of forgotten passwords (23 percent), the lack of parking spaces (22 percent) or stolen meeting rooms (15 percent).

When asked to pick their top two information technology frustrations, slow response times to fixing computer problems was named by 29 percent and the difficulty of reaching IT staff by 24 percent.

On the question of who should be held most accountable for a major IT failure, 31 percent of employees point the finger of blame squarely at IT leaders for failures which have a major impact on customers and business productivity. This compares to just 11 percent leveling the blame at the board and nine percent at the CEO.

28 percent of employees believe the leadership team with their business would be ineffective in handling a major IT failure. However, there's some consolation for IT, HR departments rank lower than IT and facilities management teams in their responsiveness to employees' needs (51 percent compared to 60 percent and 55 percent respectively).

According to Josh Caid, chief evangelist for Cherwell Software, "It's evident that there's little confidence amongst the workforce that British businesses have learned valuable lessons from widely-publicised technology system failures. Unlike disruptions caused by data breaches, failures during planned internal IT migrations and upgrades are particular sore spots for employees and the public alike who -- rightly so -- become sceptical of the potential for effective change management."

You can find out more in the report available from the Cherwell website.

One Response to Computer downtime is biggest workplace irritant