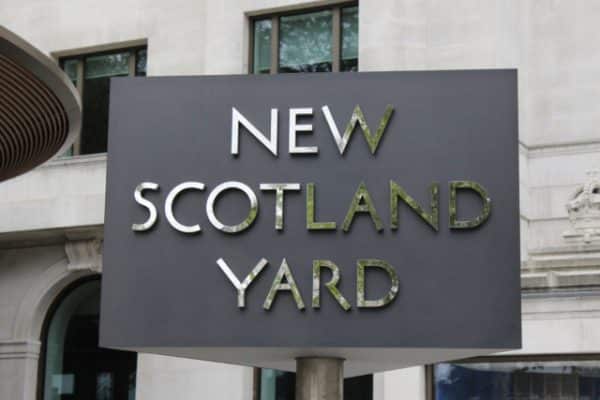 The Twitter account of Scotland Yard has been hit by hackers, resulting in a series of strange and offensive tweets being sent to hundreds of thousands of followers. The website for the Metropolitan Police was also hacked.

Tweets sent by the hackers made references to Keemstar as well as drill artist Digga D, calling for the rapper to be freed from prison. The attack by hackers also resulted in a series of emails being sent out to journalists via the Metropolitan Police's official email address.

The attack took place late on Friday night, and saw Scotland Yard losing control of its Twitter account for some time. As the account is used by Met Police to send out official security warning, there were concerns about what might posted by hackers, causing Superintendent Roy Smith to tweet:

We are aware that the @metpoliceuk has been subject to unauthorised access and our media team are working hard to delete the messages and ensure the security of the account. Please ignore any Tweets until we verify that it is back under official control. RT

In a statement about the attack, the Metropolitan Police said:

Last night, Friday 19 July, unauthorised messages appeared on the news section of our website as well as on the @metpoliceuk Twitter feed and in emails sent to subscribers. While we are still working to establish exactly what happened, we have begun making changes to our access arrangements to MyNewsDesk.

The Met Police Press Bureau uses an online provider called MyNewsDesk to issue news releases and other content. When a story is published via MyNewsDesk, it appears on the Met's website and Twitter accounts and generates an email to those who've subscribed to receive our news updates