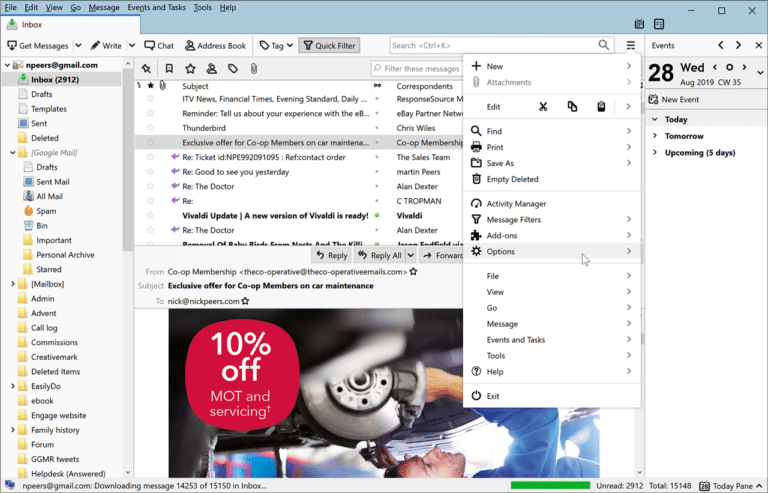 Mozilla has released Thunderbird 68.0 for Windows, Mac and Linux. Also released in portable and -- for the first time -- 64-bit form for Windows users, Thunderbird is Mozilla’s free and open-source email client.

Thunderbird 68 opens with a major update to its App Menu. It’s been reduced to a single pane -- users must now click a menu to access its sub-menu options, which slide into place. Icons have also been placed next to menu items to help with identification.

Thunderbird preferences no longer appear in a separate window, but instead are displayed in a tab within the main Thunderbird window. The section has also been redesigned to fit with the main Thunderbird interface, and ape similar design changes in sister product Firefox. By leaving the tab open, users have permanent access to their settings if required without affecting other windows.

The program’s look and feel has also received several improvements: the dark theme now extends to include a dark message thread pane along with full-color support across the entire app, including the ability to change the color of text in emails and shading of setting tags.

Users also gain more options for managing file attachments -- including the ability to 'detach' attachments to store in separate folders while maintaining a link from the original email. Users are also able to reuse Filelink attachments too, while the default Filelink provider -- WeTransfer -- can now be used without an account.

Other improvements include the ability to periodically run filters, an improved and updated To/CC/BCC selector when composing emails and feed articles now showing external file attachments as links. The update also comes with the first release of a dedicated Windows 64-bit installer. 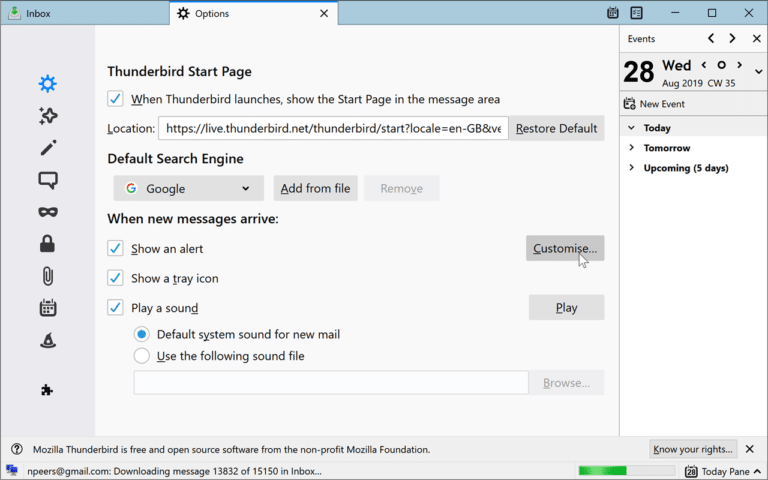 There is no built-in mechanism for upgrading to Thunderbird 68.0 from Thunderbird 60; instead users must download the program installer afresh. Thunderbird will instead push version 68.1 to existing Thunderbird 60.8 users on its release. Visit here for a full list of changes.