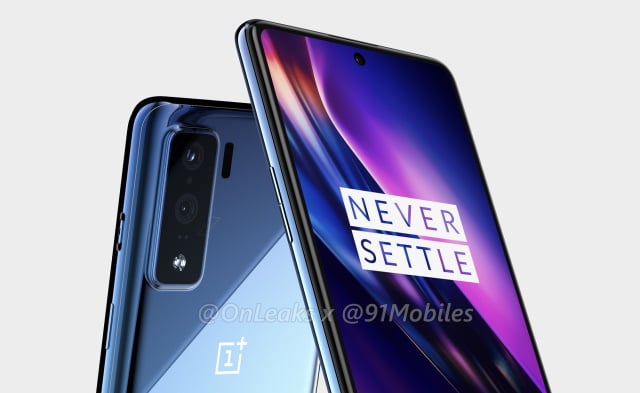 OnePlus is a company that generates a lot of interest because of its low-cost-yet-powerful Android phones. It's also a company that's no stranger to leaks, and now we may have been given our first glimpse at the upcoming OnePlus 8 Lite.

OnePlus is usually a name associated with high-end "flagship killers", and it's not long since we saw the OnePlus 8 Pro leak. But with the latest leak, it seems that the company is re-entering the midrange -- something that will be welcomed by those who fear prices have been creeping too high of late.

The leaked renders of the OnePlus 8 Lite come courtesy of 91mobiles and @OnLeaks, and they show a phone with a hole punch display -- the front facing camera is positioned in the center of the screen. The rear shows a triple-camera array arranged in a rectangular configuration, but little is known about the specs  aside from dimension estimates of 159.2 x 74 x 8.6 mm, and a screen that is "between 6.4-inch or 6.5-inch tall".

On Twitter, @OnLeaks shared a single image and linked to 91mobiles' article which includes many more:

Guess what?! Seems like #OnePlus is about to launch a more affordable device!
Here comes your very first look at that yet unknown and nameless OnePlus mid-ranger!
360° video + gorgeous 5K renders + dimensions, on behalf of my Friends over @91mobiles -> https://t.co/x5nY3PsbqJ pic.twitter.com/YDubTx7td0

91mobiles also shared a video showing off the renders in full 3D:

This would not be the first midrange phone from OnePlus. Back in 2015, the company released the  OnePlus X, and now it seems it's ready to try the same tactic again.