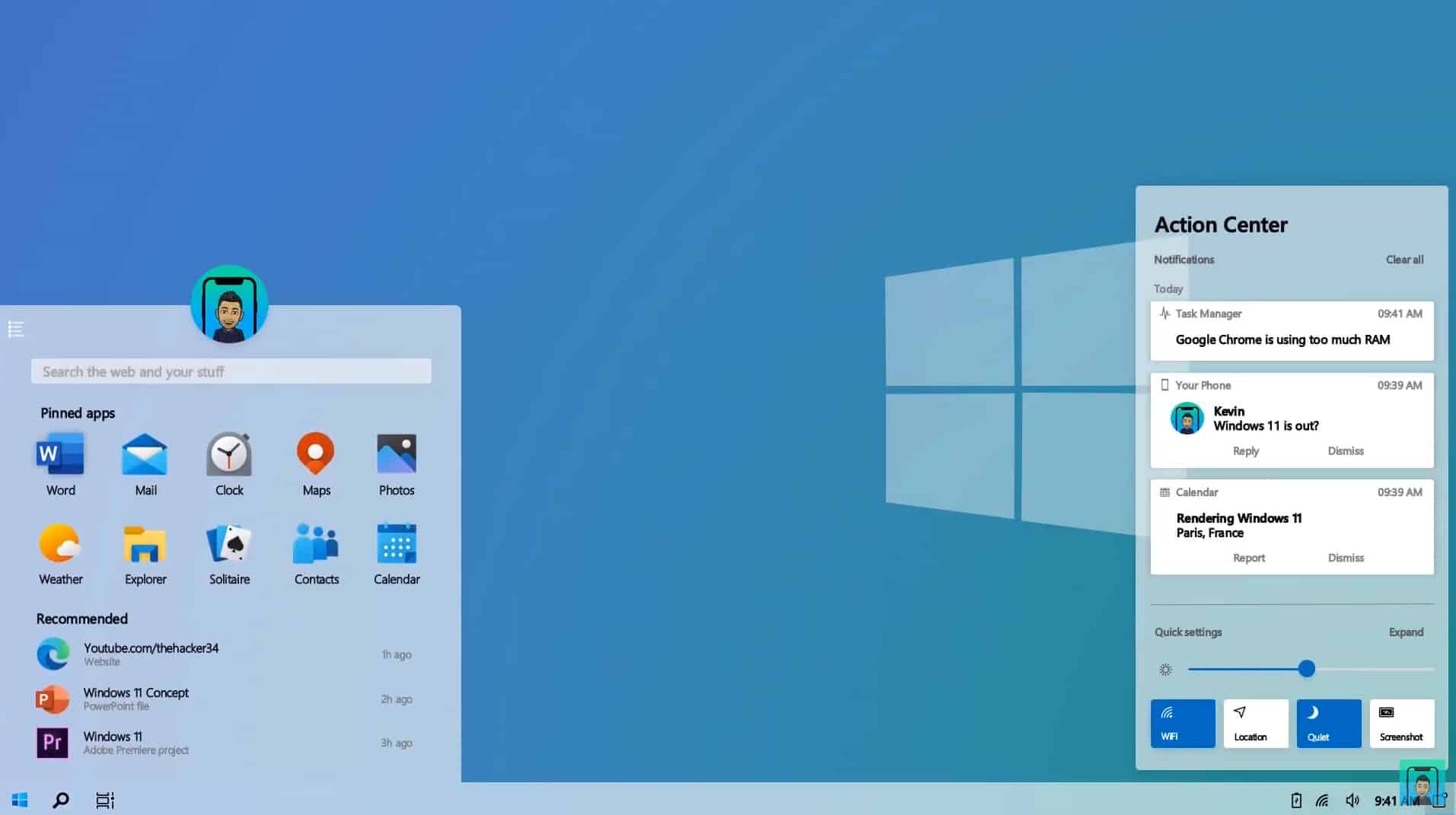 Windows 10 is a decent operating system now, but it’s had its issues over the years. Early releases spied on users, then in a bid to increase market share, Microsoft began forcing Windows 10 onto people, often against their will.

The twice yearly feature update process has meant we’ve seen rushed, buggy releases screwing up systems too, undermining people’s faith in the OS. Is it time to move away from Windows 10, and start afresh with Windows 11?

Serial concept creator Avdan has given us his vision of Windows 11 in the past, but now there’s a new design from the Hacker 34.

This imagining of Windows 11 gives us a brand new Start menu that Windows 7 users are likely to appreciate. It’s clean, and does away with Windows 10’s tiled design, but not everyone will like the Recommended panel, which suggests other apps people might like to install.

The smaller Action Center meets my approval though, and looks much more modern, as does the updated File Explorer which delivers that most wished for feature -- tabs!

Borrowing an idea from smartphones, a new Screen Usage page shows how much time you spend on your PC, fluent design runs across the entire operating system in this concept, and dark mode also darkens your wallpaper.

For the nostalgic, the Hacker 34 also includes an XP mode in his creation, which is a fun addition.

What do you think of this Windows 11 concept? Do you prefer this or Avdan's -- or neither? Let me know in the comments below.