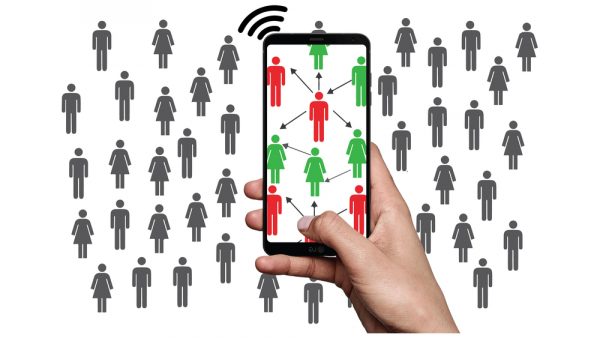 Most US consumers believe in the effectiveness of contact tracing apps to curb the spread of COVID-19, but a new report shows almost half would refuse to download them over data privacy concerns.

A study sponsored by SecureAge Technology has surveyed more than 580 consumers and over 300 IT professionals to find out their perceptions on the use of contact tracing apps.

These sentiments are echoed among IT professionals where aAn overwhelming majority (91 percent) state that they would support a national rollout. Also 93 percent of IT professionals are confident in the technology's ability to curb the spread of the virus.

However, 92 percent of consumer respondents are concerned that contact tracing apps will collect sensitive Personally Identifiable Information (PII). Even so, 66 percent of consumers would still download these apps despite privacy concerns, if they were made publicly available.

Despite all this 62 percent of consumers are confident in 'Big Tech's' ability to offer a secure digital contact tracing solution. This view is supported by an overwhelming 88 percent of IT professionals.

"Understandably, consumers are sending mixed messages. They are aware of the potential of contact tracing apps yet have valid fears toward downloading them. They also show that they are confident in the ability of 'Big Tech' to help create effective digital solutions, yet favor formal government oversight of any data collection and storage that might take place. At the same time, our study also highlights distrust in federal cybersecurity protocols as the idea of the US government as the sole gatekeeper for PII is mixed. However, the IT professionals we surveyed are confident in the US government's ability to sufficiently secure personal data and we hope this gives consumers greater confidence as IT professionals have greater knowledge of the government's data security safeguards," adds Ray.

The full report is available on the SecureAge site.