By Mike Feibus
10 years ago 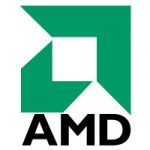 A few short hours after the Consumer Electronics Show finished setting the stage for the industry's year, AMD added a new wrinkle to the outlook when it revealed that CEO Dirk Meyer was leaving. Effective immediately.

Meyer likely was a casualty of an increasingly fierce debate at AMD over what the tablet market means to the company and how it should respond. Meyer laid his cards on the table, both publicly and privately, asserting that tablets are companion devices that would not have a major detrimental impact on the PC market. Intel CEO Paul Otellini says much the same, by the way.