By Jeremy Liu
8 years ago 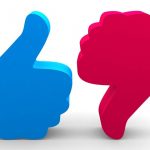 The notion of a Facebook phone has certainly lingered for a few years now -- the concept reached a point of half-hearted fruition in the HTC ChaCha and Salsa in 2011, but neither really embodied the true potential of a Facebook phone. They were much more of "throw and see what sticks" devices -- with the only tangible evidence of deeper Facebook integration being the Facebook button on the devices’ fronts.

Much has changed in nearly two years: Facebook’s Open Graph, the acquisition of Instagram and the introduction of Facebook Camera and Messenger applications, among others. Perhaps the most strident progression Mark Zuckerberg’s social network has made in the past two years is reaching 1 billion active users. And counting. That’s approximately one in seven people in the world, and an even larger proportion if accounting for the developed world alone.

Highlight app and the 'it's too radical to be normal' problem 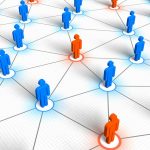 Great ideas usually take time to germinate into a model that is truly feasible. People are notoriously slow in grasping new paradigms, preferring to flirt with a comfortable present that is more often than not, entirely worthy and sufficient. This consumer mindset is an issue that faces aspiring and radical technology entrepreneurs, it is not sufficient to simply have the chops to think and execute the new ideas, but the right timing is nearly as crucial. To possess the patience and sense to release a radical idea into the wild only when the market is ripe is a factor that can determine make or break.

People discovery is a concept that has floated around the mobile app industry for quite some time. Apps like Badoo, which was founded in 2006 by a Russian entrepreneur and currently has a user base upwards of 150 million, operates around a fundamentally location-based model, by allowing users to see and interact with like-minded people around their specific region. Scores of other location-based apps, such as Banjo and Sonar, have managed to find relative success in their respective niches as location tag aggregators over various social networks and as friend-finding systems.

Apple vs Samsung: The defense of common sense 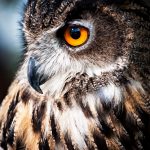 The transpiring events of Apple’s lawsuit against Samsung divides the technology industry and hones in on several overarching intellectual property talking points and issues that far extend the perpetual "eye for an eye" battle the companies occupy. Many writers and pundits state that the lawsuit will be a primary stepping stone to IP and patent reform and will be a primary decider of the future of patent law in the technology industry.

What the trial really rises to the surface: the two differing approaches with which Apple and Samsung view the situation. Apple’s perspective hinges on protecting the intrinsic and unique value of their intellectual property, whereas Samsung focuses more on the end game of consumer perception. 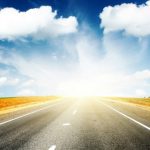 Microsoft just put behind it an eventful and positive week, coming off two major announcements on its two major computing platforms -- Windows and Windows Phone: Surface and WP8. Consumer and expert scepticism hobbled much of the excitement, as Microsoft nose dives into paradigm change. Nevertheless, the third week of June 2012 is indicative of a profoundly new direction for Microsoft, characterized by refreshing perspectives and paves a path that leads ultimately in the right direction.

Microsoft is making genuine inroads towards a new strategy that represents a complete paradigm shift from the fundamentals that defined the company and its products over the last couple of decades. The company used to be the antithesis of Apple in practically every sense, selling products based on the abundance of choice as opposed to Apple's strategy of marketing a small hardware lineup. Apple's strategy has always focused on ease of use, simplicity and form; whereas Microsoft, although not neglecting form and aesthetic, put functionality first and foremost and wrapped design around this in the most appealing way possible. The announcements this week represent a fully-committed digression from this strategy from Microsoft.

We need new privacy policies for a new world 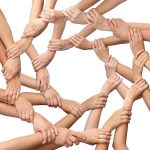 In a major update to its privacy policy and the addition of "Search Plus Your World", Google has managed to attain the consensus from the tech-enthused world that it is way beyond the innocent baby days of "don’t be evil". Matt Honan of Gizmodo signalled the privacy shift as the end of Google’s "don’t be evil" promise, which the company built its business on, and Sarah Lacy of Pando Daily shared similar sentiments, though hers was related to the Search Plus Your World outcry.

In a nutshell, one of the biggest sore points that people are having with Google’s new privacy policy is the fact that it permits the search giant to utilize your basic profile information and extend it across your identities when using your other Google services. These changes aren't so much evil, but adaptation to our merging online and offline identities.

Jeremy is a student and blogger from Melbourne, Australia. He covers technology business and trends and has written for Australian technology blog TechGeek as well as his own blog. He is a fanboy of all things great. You can find him on his personal blog at aponyforpresident.tumblr.com