Does a cell phone's name spell its success?

While Motorola's RAZR launched an industry movement into "cooler" names, the now financially ailing manufacturer was soon outdone by names such as the Samsung Blackjack and LG Chocolate, a new study says.

The report, however, doesn't deal directly with the impact of factors that many might consider much more important to a phone's success, such as a phone's functional performance, technical innovation, distribution, and pricing. 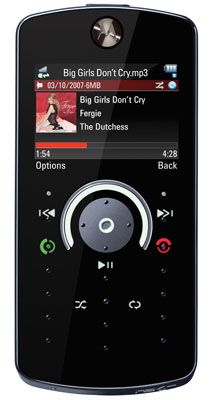 When Motorola rolled out the RAZR in Q3 2004, its share of the US cell phone market soared to 35%, the researchers note in their report. But although subsequent names from Motorola like the ROKR, SLVR, and even the PEBL kept working, Motorola's pattern of "4LTR, vowel-omitted" names began to seem trite and nonsensical to the buying public when the company started to resort to names like "KRZR."

Within a couple of years of the RAZR's debut, LG and Samsung caught on to effective cell phone naming. Nokia, however, never really did, according to the report. 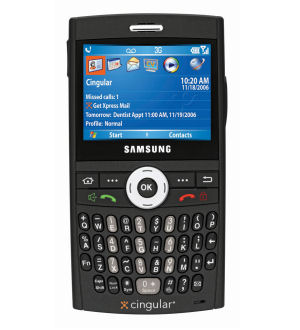 "Following the success of the BlackJack, and building on the compound word pattern, Samsung introduced the UpStage in March of 2007. The UpStage name was meant to imply that this phone upstages the competition with its dual screens, one on each side of the phone. During the fall of 2007, Samsung brought out the FlipShot and the easy to remember Juke. The FlipShot name strongly reinforces the phone's functionality. The phone flips up, twists and becomes a 3.0 megapixel camera," according to the study.

LG, meanwhile, followed up on its first "named" phone, the Fusic, with the Chocolate in the summer of 2006. "The Chocolate was one of the first, if not the first, major cell phone brand name that employed an aspirational metaphor...LG played on the seductiveness of chocolate candy," the researchers contended. "To extend the metaphor, the LG Chocolate even comes in a stylish package emulating a box of chocolates."

Nokia, on the other hand, has never gotten the hang of cell phone naming, producing models like the 8600 Luna and 8800 Arte, where the name is "usually preceded by a number, making the name seem like an afterthought," and the name doesn't "suggest any particular lifestyle."

To "validate" their findings, the analysts used market share statistics in conjunction with a survey they devised and conducted among 515 users.

"Our proprietary research among the target market confirms that Motorola's
cell phone names are no longer perceived as modern, creative, engaging, cool,
original or easy to remember. This is reflected in Motorola's market share erosion. By Q2 2008, Motorola's US share had declined a dramatic 14 points to 21%," according to the report.

Along with "Name Attributes" like "cool" and "modern," the survey participants rated cell phone names according to "Brand Architecture" attributes dealing with how a product name fits into a company's "family of names," as well as according to four "Fit to Product" attributes:

One Response to Does a cell phone's name spell its success?