Android gets augmented reality for stars, check out the barcode

Today, Google released Sky Map for Android, a free program which uses GPS, compass, and other sensory data to label the stars, constellations, planets and other heavenly bodies when a user aims his android device at the sky, sort of a handheld extension of Google Sky, which debuted almost two years ago. 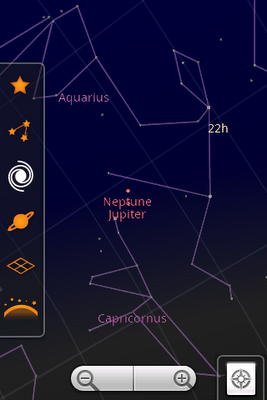 So far, all of the first-party apps for Android (that is, those supplied by Google) have been excellent. If your Android phone is equipped with a barcode scanner, aim it at the image below to automatically go to Sky Map in the Android Market and download it for free.