After Tenenbaum, who will take back the music industry from the RIAA? 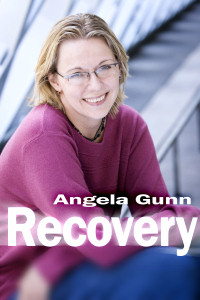 Because the Joel Tenenbaum trial hasn't been maddening enough, Engadget yesterday had a little item on how the RIAA is claiming that customers ought to just suck it up and accept that DRMed tracks will go poof even if they've been paid for, since no other products or service providers are expected to "provide consumers with perpetual access to creative works." That's interesting coming from a group that claims that alone of all industries, copyright holders somehow deserve to get paid in perpetuity for their output. I guess forever looks a lot longer when it includes server-maintenance duties.

If anyone's got a more enlightened response than "oy" to the Tenenbaum trial's result, I'm all ears. I respect Professor Nesson's legal acumen, and having fair use taken off the table just hours before the trial was probably not a setback from which any legal team could have recovered, but looking over the past year's proceedings -- the defense's push to make its processes open and transparent, the sustained effort to get the trial shown live on the Web, all that -- I wonder if we'd all have have been better off if both Tenenbaum, and Jammie Thomas before him, had simply rolled over.

No, I do not support the RIAA's extortion racket.

I think the recording industry is a culture-gutting abomination, and that the entire outfit ought to be torched like Rome during a Nero violin recital. Whatever figure the jury arrives at, the artists Mr. Tenenbaum loves will never see a cent of it; after over a century of treating most artists like sharecroppers, "the industry" takes the droit de seigneur approach to windfall profit.

Music is so much more than the music industry, and for the sake of music -- the transmission of it, the longevity of the worthwhile stuff -- I hope the industry which treats one of humankind's most powerful communication devices and repositories of memory like so much chattel withers and dies.

Now that distribution is a non-issue, A&R guys, vice-presidents of promotion, global distribution managers -- to all of the ranks that stand between us and the artists...

Buh-bye, hope an honest day's work happens to you someday.

The courtroom, however, is not a venue for accomplishing that goal, and I've come to the conclusion that Joel Tenenbaum was ill-served by the attempt to make it otherwise. It's simply not built to do that.

The record-industry representatives insinuated during testimony that any desirable track was easily available online. That's a pantload, but unless Neeson's team was prepared to prove it untrue, it's testimony they couldn't challenge. (Had anyone asked, I'd suggest trying to find the complete catalog of The Connells online as an exercise in how "easily available" stuff is, but hey.)

The courts aren't the place to conduct our battle against the music industry; they've got good lawyers while all we consumers have are good ears and good sense. The legislative branch is perhaps our only remaining hope to fix the legal nightmare that copyright has become. And yes, I am painfully aware that the US Congress is a clown college when it comes to parsing this stuff. But we've written ourselves, legally speaking, into a corner. Even the most activist of judges isn't going to get us out, no matter how strong the moral appeal.

I am also painfully aware that file sharing is having a cultural effect not unlike Prohibition did back in the day. Circumvention efforts lead to security holes; disdain for one set of laws opens up disdain for others, and the public is forced to choose between seeming unethical (for file-sharing) and seeming stupid (for believing what they're told about file-sharing and handing over its cash). Protip: No one chooses to look stupid. Result: Sharing will continue, and thrive, hamstringing potentially better delivery mechanisms (in the way that bad money invariably drives out good) and ensuring that journalists will always have stories to write about litigation that ruins some random music fan's life.

The real leaders in this, ironically, are the world's unacknowledged legislators -- that is, the poets, or in this cases the lyricists and musicians. The musicians who choose to avoid the industry and sell directly to fans; the artists who post tracks for download and set up fair means of (again) purchasing directly; the radio stations that eschew RIAA-beholden music in favor of independent fare; and most importantly every one of us who decides that there's better stuff to listen to than whatever's being shoved down the foie-gras-feeding-tube of Clear Channel / RIAA / music television / People magazine -- these are the forces of nature now.

Years ago I sat in on a panel of teenagers being queried about their downloading habits, and one of the boys said that he used to download but didn't much anymore, because he had everything he wanted and didn't think he'd need anything else. I smiled, because even the most backward adult usually finds at least an artist or two to like after 17. But I wonder sometimes how that worked out for him -- if he's still downloading and exploring, or if he let his obvious fear of the power of the music industry undercut what should be a lifelong source of joy.

I hope he's out there taking advantage of good DRM-free services such as Lala, checking out tracks on the music blogs, and maybe directly sponsoring the next recording due out from a favorite artist or two.

Most of all I hope he's not letting a group of vampires calling itself the music industry take away from him enjoyment of music. That's what Professor Nesson was trying to explain to that Boston jury -- that the enjoyment of music is, or should be, bigger than this passing "industry" situation. He didn't succeed. That doesn't mean he was wrong -- just that he was in the wrong place.

73 Responses to After Tenenbaum, who will take back the music industry from the RIAA?