Confirmed: Office 2010 to ship in June

After several Web sites today claimed to having seen a possibly inadvertent notice from Microsoft claiming June as the release month for its forthcoming Office 2010 (we looked hard and couldn't find it ourselves), a Microsoft spokesperson confirmed to Betanews this afternoon that June is indeed the ship month.

The news comes two weeks after the company's PDC 2009 conference in Los Angeles, where we had expected not only to see the final shipping date but to hear a lot more about Office and Office Web Apps. What was on many attendees minds even after leaving the last day of the show was, what will make Office 2010 worth the upgrade, and what will not be in Office Web Apps that will be in Office 2010? In an interview during the conference, company communications senior director Janice Kapner told Betanews that to some extent, the answers to those questions are still being determined by users.

"The key to what will and what won't be in the Web Apps is really based on customer feedback and usage scenarios," Kapner told us. "So if you think about it, we have 500 million users, we talk to them a lot about what it is they do and don't do, and will and won't do. This is our first shipment of the Web Apps, but we've been very realistic about how we think people will use these things, and try to supply features and functionality that will support those usage scenarios." As an example, Kapner cited a case of remote users being able to check the progress of a PowerPoint presentation being constructed by the team at home, via a Web browser on a PC or mobile phone.

That continues to suggest that Office Web Apps, while free for use by the general public, will not be intended for creative purposes above and beyond basic, simple documents. In fact, Microsoft now appears to be busy constructing legitimate use-case scenarios for preferring Office 2010 over Office Web Apps. 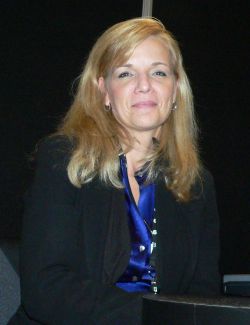 "There will be people who are not using Office who are out on the Web, who are able to embrace the Web applications through Windows Live and get the true Office experience, compared to whatever ad hoc [product] they may be using right now," Kapner explained, avoiding use of the "G" word. "That is true, but we also have built this so that people can expand their Office experience to the browser-based environment...People who use Word for rich writing aren't going to do it in a browser. They want the footnoting and they want the table of contents and the autoformatting, they want that rich functionality. If I'm doing a 50-some-odd-page document or a term paper, not only do I not want somebody editing my document, but I want full functionality, and my ability to work deeply. However, if I'm writing a quick letter and I want my husband to check it out before I send it to the insurance company, I can use it in a Web app and I can leave it up there and have him go take a look at it.

"It's very much [a case of], do we push all of the functionality of Word into the cloud when we know people aren't going to use it for things like a big, rich term paper? No. We'll continue to add functions and features as people's usage of cloud-based solutions evolve, [and] so will our Web Apps," she continued. "It's not going to be, 'Hey, we're done!' People are just starting to embrace this. Certainly, students are early, early adopters; but if you think about it from an industry perspective, it's a lot of discussion and roadmapping, and a lot of people wanting to know what they can do, but not married to all-or-nothing scenarios...That's what the hybrid approach is...If we build this into the Web Apps, will it be a great customer experience, and will customers use it? Those are the two big questions."

7 Responses to Confirmed: Office 2010 to ship in June