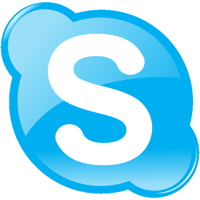 At a joint press conference at Mobile World Congress in Barcelona today, Verizon Wireless and Skype announced that Verizon's smartphone customers will be allowed to place and receive unlimited Skype-to-Skype voice calls. The voice-over-IP chat client is one of the world's most popular ways of connecting, especially for the purposes of international voice and video conferencing.

When the service opens in March, nine phones will support unlimited Skype-to-Skype voice calls, instant messaging, and international calls at Skype Out rates. These will include: BlackBerry Storm, Storm2, Curve 8330, 8530, 8830 World Edition and Tour 9630, Motorola Droid and Devour, and the HTC Droid Eris.