AT&T finally gets its first Android device, will have first Dell smartphone 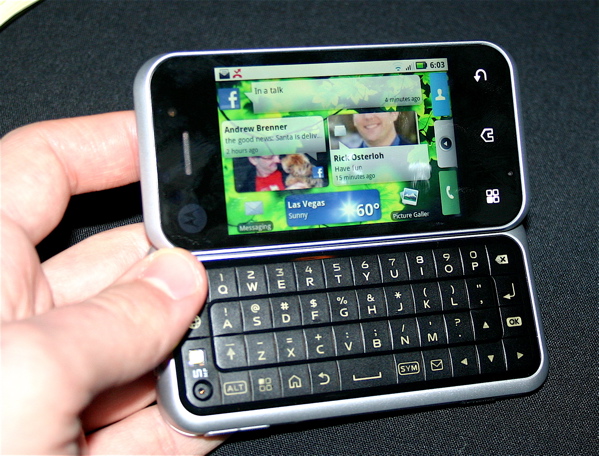 AT&T announced today that it will start selling Android devices, and the first one will be the unique Motorola Backflip, beginning on March 7.

While T-Mobile began selling Android devices as soon as the first became available in late 2008, the other major carriers have been slower to catch on. Sprint announced its first, the HTC Hero, in September 2009; and Verizon's first, the Motorola Droid, came just one month later.

According to a number of unsourced reports, AT&T could have actually had an HTC-made Android device in Q3 2009, but it had difficulty "passing AT&T validation."

The Motorola Backflip will be available for $99 after mail-in rebate and two-year service contract which requires both a voice plan and a $30 per month data plan.

Additionally, a new page on AT&T's Web site dedicated to Android says the first smartphone from Dell will be coming to the network soon.
This confirms reports from last October, which said the carrier would have a Dell smartphone "as early as 2010."

The PC maker launched its first device in China earlier this year, and told us that it didn't have plans to launch that particular model in the United States. However, the company has recently been showing off a 1 GHz Snapdragon-powered Android tablet called the Mini 5 which it says will definitely be coming to the US this year.