Since Rhapsody has spun off from RealNetworks and Viacom/MTV, the subscription music service has gone down in price from $14.99 to $9.99, and its first app for Android has been released.

The service has thus far proven to be extremely popular on the iPhone/iPod touch, and has been downloaded more than 1.5 million times since debuting just about eight months ago. That application lets subscribers access Rhapsody's 8 million song database for streaming over 3G or Wi-Fi connections, they can make their own playlists or listen to commercial-free Rhapsody Radio programming.

The Rhapsody Android app is a welcome addition to the platform as there are still fewer music services for Android than there are for iPhone/iPod. 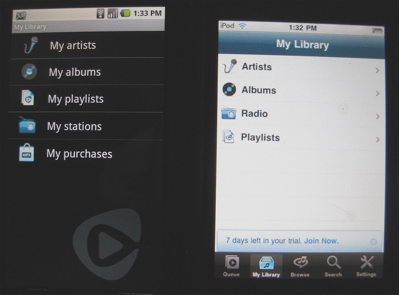 Android's new Rhapsody beta app side by side with iPhone/iPod version 1.4 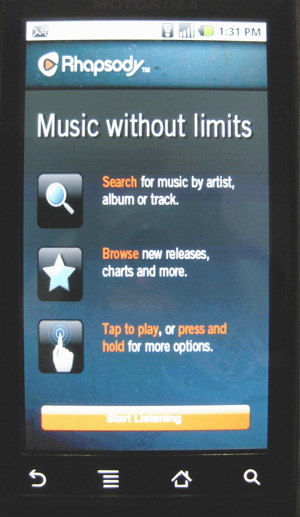 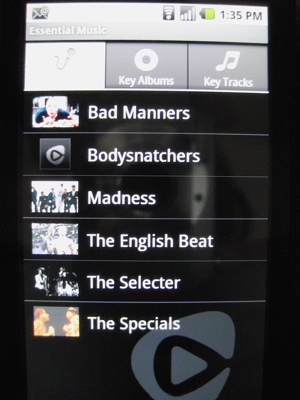 Browsing by genre on Rhapsody for Android. 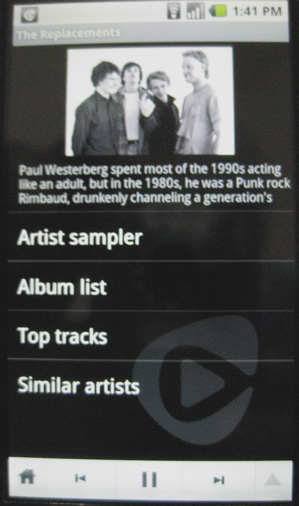 Artist information on Rhapsody for Android. 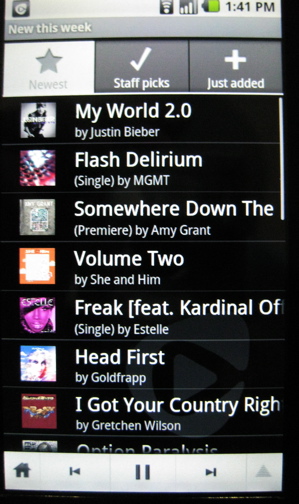 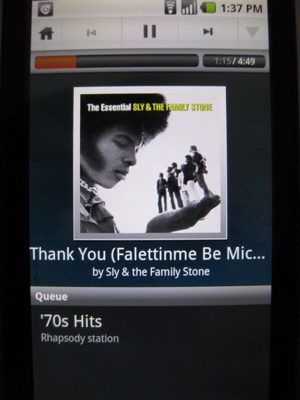 The alert associated with Rhapsody playing in the background on Android.

Rhapsody for Android is available now in the Android market or directly from Rhapsody here.