The latest political football between technology platform vendors that were already skirmishing with one another anyway, is HTML 5, the forthcoming standard for the layout and presentation of Web resources and the framing of interactive content. The way the World-Wide Web Consortium had planned it, HTML 5 would incorporate a number of new standards for audio, video, and interactivity, such that browser makers could incorporate those standards freely without anyone sneaking up from behind and charging royalties.

Telling the major vendors and W3C members to behave and to not seek platform supremacy over one another, is a bit like telling all the rhinestone-speckled characters from some 1970s championship wrestling show to sit down together in a nice circle, legs folded, backs straight, and stop throwing chairs. When W3C itself projects 2022 (no, that's not a typo) as the earliest date that a final HTML 5 specification can be completed and published, some are actually saying that date is optimistic.

If that's the case -- if everyone's really planning to duke it out over which one's the fairest, which one's the most open, and who has the best video for watching widescreen reruns of "Dobie Gillis" on postage-stamp-size monitors, for the next dozen years -- should we even care about HTML 5?

A recent Forrester Research report looked into the growing popularity and widespread use of Rich Internet Application (RIA) frameworks for developing Web applications. At issue was whether developers should take HTML 5 seriously as a competitor to the RIA platforms -- such as AJAX, Flex, and Silverlight -- they've already adopted?

Refraining from other writers' tendency to "bury the lede," Forrester author and principal analyst Jeffrey Hammond actually answered the question in the headline of his report, by including the words, "Not Really."

"Will HTML 5 make RIA technologies such as Adobe Flash/Flex and Microsoft Silverlight obsolete? For at least the next five years, the answer is a definite 'no,'" reads Hammond's executive summary. "Inconsistent implementations of the draft HTML 5 specification and immature tooling make building HTML 5 apps that work consistently across browsers and operating systems a real challenge."

Hammond is no newcomer to this subject; in fact, he's been an insider. He was one of the principal team leaders and architects of the Rational Rose UML modeling platform, unquestionably the leading development tool for visualizing and prototyping service-oriented applications, now marketed by IBM. He does not believe HTML 5 will fade away gently into that good night (over twelve years' time). Rather, he sees history repeating itself, as it (as well as certain tech writers) tends to do. Specifically, he sees individual stakeholders in HTML 5 implementing non-standardized approaches to RIA development, and other competitors begrudgingly accepting them as customers inevitably adopt and deploy apps around them. 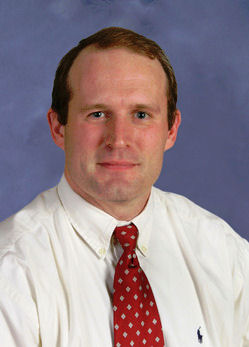 Case in point: AJAX, which might never have happened, Hammond believes, had Microsoft not implemented the object identifier XMLHTTPRequest in Internet Explorer 5 in 1999. "That opened up the whole door for this rich Internet application movement with AJAX and JavaScript," Hammond reminded Betanews in a recent interview. "Over time, basically, every other browser adopted that, even though it was never really part of any kind of standards-setting process or specification, and it created a lot of value."

The next stage for HTML 5 adoption is the first "candidate recommendation," set for 2012 (destruction of the planet Earth notwithstanding). At that time, Hammond foresees a process not unlike network appliance vendors hawking "802.11n" or "pre-11n" wares prior to that standard's final adoption last October.

In two years, predicted Hammond, "you'll see the browser manufacturers move full-steam towards implementation. And then it'll take another couple of years for the differences to bubble out as they issue patches and updates and that sort of thing. In 2015, we'll see pretty consistent support, even though there won't be a final standard. So I don't think it's dead, but I think you need to differentiate between a 'good enough' implementation and a 'fully compliant' standard."

But we've already seen the evolution of Web browsers gear up once again, especially now that the field has resumed its original course of competitiveness. Isn't it foolish to presume that "Web browsers" by the 2010 definition will even be recognizable as such in ten or twelve years' time? By that time, won't the lingua franca of the Web, or whatever may replace the Web, have migrated from text only to more dynamic media?

To borrow a response from Hammond's own title, "Not Really." Rather, he sees the likelihood of a plurality of RIA platforms existing simultaneously, all of which are based around what he calls different meta-models -- text, scripting, audio, video. Rather than bolt every Web application onto HTML, as W3C might have us do until the end of time, developers will choose the right tools, with the right meta-models, for the apps they're building at the time.

"I do think there is room in the space for all of these technologies, because some of them are better fits for different types of applications that people want to build," Hammond told Betanews. "And to me, it's easy when you've got a hammer to say that everything is a nail. But the reality is, not every type of thing that we want to do with the Internet is going to be the same type of application."

In my discussion with Hammond, I said it's difficult for me to imagine developers in the next decade grafting functionality onto a textual layout page the way JavaScript developers are forced to do today. So if standards bodies insist that developers continue to make the future a magnification of the present, what's to stop development tools vendors and open source engineers from going their own way and doing their own thing?

"Developers are always going to look to optimize, to create easier programming paradigms, to make it even easier to get solutions out quickly," Hammond responded. "I think there's a lot of validity to the argument that Flash and Silverlight came out because the standards bodies couldn't move quickly enough, and I don't necessarily see what's changing to prevent that sort of thing from happening again. What happens when you get, for example, the capability to always update presence in real-time? Will HTML 5 be able to handle that, or will it have to evolve as part of HTML 6? What's going to happen when we do have 3x or 4x the compute capability for these handheld devices that we have today? Moore's Law is as good for mobile devices as it is for desktops and handhelds. How is HTML 5 going to survive the need to go parallel, as we start to get multicore mobile processors instead of single-core? If you look at some of the BlackBerry models, there are actually multicore processors inside. There's nothing in the language that speaks to how developers can take advantage of that sort of bare-metal topology."

Next: Steering around Apple...