Google's Nexus One Web store fails, Google says it will close down 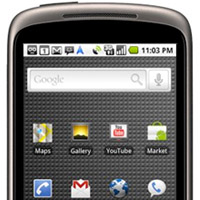 Today, Google announced that it is going to end its online-only sales of the Nexus One smartphone, start selling the Android-powered device through retail channels, and eventually stop selling phones in its Web store altogether.
Advertisement

"While the global adoption of the Android platform has exceeded our expectations, the web store has not. It's remained a niche channel for early adopters, but it's clear that many customers like a hands-on experience before buying a phone, and they also want a wide range of service plans to chose from," Andy Rubin, Google's Vice President of Engineering said today.

When the Nexus One was launched in the U.S. in January, customers could only buy it through Google's Web store.

At the launch event, Vice President of Product Management at Google Mario Queiroz said, "The goal of this new consumer channel is to provide an efficient way to connect Google's online users with selected Android devices. We also want to make the overall user experience simple: a simple purchasing process, simple service plans from operators, simple and worry-free delivery and start-up."

This new approach however, significantly decreased the visibility of the Nexus One, and looks to have made the device sell a lot more slowly than other Android-powered devices.

5 Responses to Google's Nexus One Web store fails, Google says it will close down