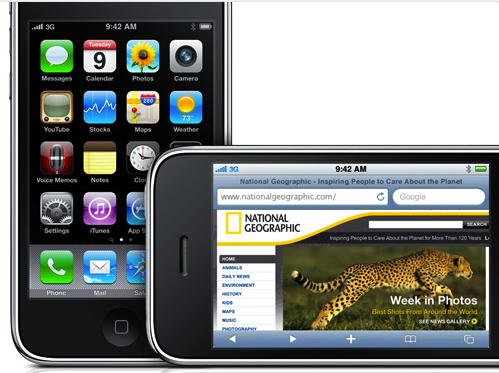 The life cycle of smartphones has reached the point where a single year means the difference between cutting edge and cutout bin, and Apple looks to be following -- if not driving -- that trend.

When the iPhone 3G S debuted last June, the price of the iPhone 3G was slashed to $99. Today, one year later, we're seeing the same thing happen to the 3G S.

Though the latest model in Apple's iPhone line has not been unveiled yet, America's biggest retailer Wal-Mart has dropped the price of the iPhone 16GB 3GS to just $97 with a two-year AT&T contract; less than half of its former retail price. The 32 GB version, however, remains its same price of $297 with a two-year contract.

The price cut comes just two weeks before Apple's Worldwide Developers Conference, where CEO Steve Jobs is scheduled to deliver the keynote, potentially to unveil the next generation iPhone, which has already been pried apart before the public.