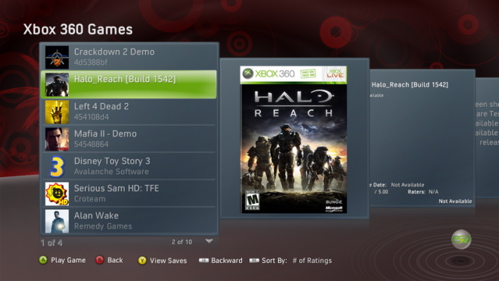 Halo: Reach, a prequel to Microsoft's billion-dollar Halo first person shooter series was scheduled to launch on September 14 worldwide, but a pre-release version of the game leaked early and has found its way across the Web.

The title, however, wasn't kept under tight lock and key.

Microsoft put the full version of Halo: Reach on Xbox Live Marketplace for media and reviewers to download with a pricetag of 99,999 Microsoft points to prevent the public from accessing it. A group of users on a game modding site called Game-Tuts.com took credit last week for cracking Halo: Reach.

A user going by the name Joakim posted: "So after alot of .xex cracking etc. Me and my team finally did it, we got Halo: Reach! This is not released for public, and we are not really planning on releasing either."

The file, however, found its way out within 24 hours of that post. The precise source of the leak has not yet been determined.

To play the game, an Xbox 360 hardware modification called JTAG is required. With this, users can install any size hard drive or launch unsigned games through a parallel PC connection.