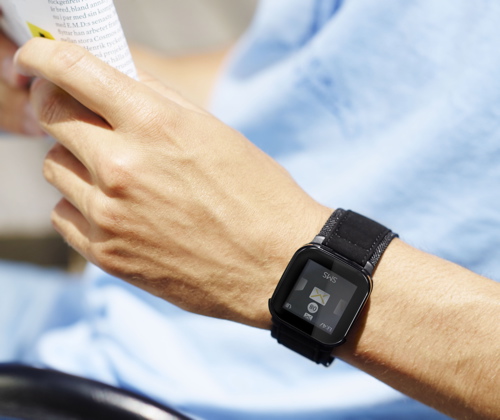 Sony Ericsson today announced a unique new accessory for Android, a Bluetooth-connected 1.3" screen called LiveView which can be used to control and interact with applications on your phone remotely.

Similar to the new iPod Nano, LiveView is a small square screen with a clip on the back. Unlike the Nano, however, the tiny 1.3" OLED display is not touch-enabled. Instead, the border of the screen acts as the touch pane, and the chassis has action buttons on it. It is not a standalone device, and must be paired with an Android 2.0+ smartphone (not necessarily just with the X10 series.) Once paired, it can then access dozens of applications.

Sony Ericsson has developed an app manager called LiveWare Manager that scans the Android Market for applications compatible with LiveView, and lists them for the user.

LiveView will be available in the fourth quarter of this year, and pricing will be announced at that time.