Software Assurance math adds up for Microsoft, not as much for biz customers 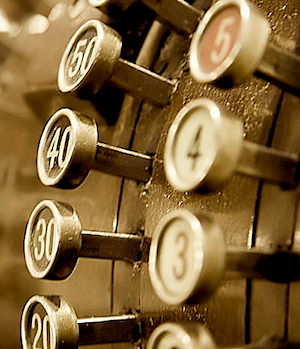 Fourth in a series. What constitues savings when buying software upgrades? For Microsoft customers there are but two choices: Buy extra-cost Software Assurance when purchasing a new license or pay full price later on.

It's a gamble that Microsoft will release something new during the three-year SA contract period or that the licensee will even want the product. Savings can be 13 percent over three years, but the costs are sometimes substantially higher.

Most Software Assurance customers are purchasing the upgrade protection within the context of a three-year volume-licensing agreement. On a desktop product, customers pay an extra 29 percent of the current license price per year. So, over three years, they pay three times that, or 87 percent of the license price. That leaves them with a 13 percnt discount.

That's not a huge incentive, and if you compare the upside with the downside, it looks even worse. The upside is that you get a 13 percent discount. But what happens if Microsoft doesn't release a product during your term, or if a product releases but you don't use it (Anyone for a nice shot of Windows Vista? Anyone?)? You lose 87 percent of the price of the product, and that's for the privilege of paying Microsoft in advance -- taking money out of your IT budget and putting it into the company's cash coffers.

We're not talking about just losing the opportunity for a discount. You actually lose money that you have paid Microsoft, for which you may have received nothing of value by the end of the agreement. Since most people consider 87 to be bigger than 13, the downside is significantly greater than the upside. Do customers ever lose with these odds? Of course.

If you have an Enterprise Agreement and you're still using Windows XP and Office 2003, a scenario that I run into all the time, you have paid Microsoft in full for two products that you will never install: Windows Vista and Office 2007. That's roughly $700 in software per PC, plus interest, that you have poured into Microsoft shareholders' pockets.

Think you've smartened up? If you install Windows 7 and Office 2010 today, but you continue to pay Software Assurance on them, you're going to repeat that mistake -- odds are you'll never install Windows 8 and Office 15, since most business customers don't upgrade desktop products less than every 5-6 years. That puts your next upgrade at about the time Windows 9 and Office 16 arrive, so you skip the software that you're betting on today and donate another $700 per PC to Microsoft shareholders. That's a tidy $7 million on 10,000 PCs over three years. Hey, what's another $700 per PC among friends? At least that's what my friends at Microsoft say.

Don't forget the cost of money. Sure, if you have $40 billion in the bank, like some software companies, you don't do a lot of borrowing. But most companies don't have that advantage. Money costs money. If you're paying 5 percent interest per year on the money you pay Microsoft for Software Assurance, your final discount will be somewhere in the region of 8 percent.

When Microsoft Bets Against You

Microsoft is doing this again, right now: until July 1, you can get a 20 percent discount on a Windows 7 upgrade. There's more of a catch this time: the purchase has to include Software Assurance. Even then, the customer who bet against SA for the last three years and bets for it now, will have paid less than the customers who dutifully bet on Software Assurance for the last three years and renewed the bet on Windows 7.

8 Responses to Software Assurance math adds up for Microsoft, not as much for biz customers