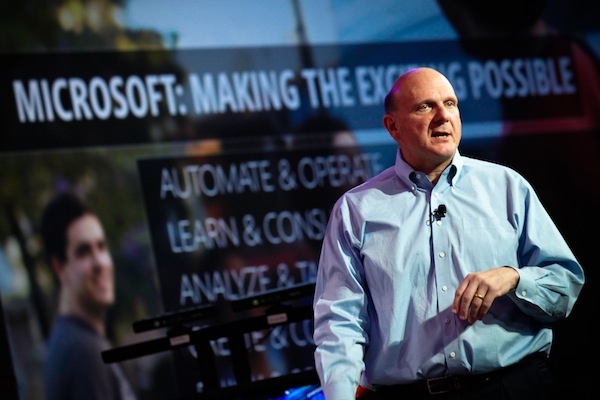 Sixth in a series. In the decade since Microsoft announced Software Assurance, many customers have found it cheaper to skip upgrades rather than pay up front for the rights to them. Essentially, the licensing program does the opposite of its design.

Microsoft has often complained that its biggest competitor is "good enough": customers concluding that their current product is working just fine and there's no need to upgrade it. Software Assurance encourages that attitude. Customers can win the SA bet by sticking with their current version as long as possible.

The reason is that mere loyalty to Microsoft products doesn't earn you any credit, literally. When the company introduced Software Assurance 10 years ago this month, Microsoft canceled most other forms of upgrade options, notably the right to get a discount on the next version of the product if you have a current version. Most other vendors of software aimed at general IT audiences give you credit for being a customer, as did Microsoft before it introduced SA, but Microsoft doesn't do that anymore. Microsoft's approach may seem paradoxical: "If you want a discount later, you have to pay us more money now."

Given that there's no discount if you don't have Software Assurance, and it nearly doubles the price of the product, SA does not offer much financial incentive to upgrade. In fact, given that Software Assurance is a bet, most customers are betting against Microsoft. The longer they wait to upgrade at full price, the better they can justify their decision to not buy Software Assurance.

At 29 percent a year on desktop products like Windows and Office, if you hold out for four years or more, the non-SA customer will pay "only" 100 percent for the upgrade license, while the SA customer will pay 116 percent. In effect, the Software Assurance customer is paying a 16 percent premium to get a 13 percent discount. In fact, since larger business customers pay for Software Assurance three years at a time, they pay 87 percent for the first three years, and if they renew SA without getting an upgrade, another 87 percent for the next three years. That adds up to 174 percent, or a 74 percent premium to get a 13 percent discount.

Given typical corporate upgrade cycles, most companies will win the Software Assurance bet by skipping it at least some of the time, and in some cases, as with Windows, they'll win the bet by skipping it most of the time. Furthermore, the longer they delay the upgrade -- the longer the current product is "good enough" -- the more money they save on the eventual upgrade.

(Windows is different because customers almost always get a copy of the latest version of the product every time they buy a new PC. The rationale for purchasing upgrade rights for a new version of a product when you're going to pay for the new version anyway is dodgy. Nevertheless, a lot of customers do it. Microsoft's shareholders thank you.)

A caveat (since some people will bring up the exceptions): Sometimes Microsoft raises prices, sometimes a new version offers compelling new features and Software Assurance customers get a better deal. Most of the time that's not the case, particularly with common products like Windows and Office or with products that face significant competition. The problem here is that Microsoft doesn't announce the price of the next upgrade or what compelling features it will ship with until a few months before its release. So, yes, the benefits may be greater than projected here.

Still, that doesn't make Software a better bet, even if the price goes up and the feature set is better. Here's an example: Some customers might have missed a nice bet on a Visio upgrade because Microsoft told them too late what features and editions it was putting into the new Visio 2010 Premium edition, which customers with Software Assurance on Visio 2007 Professional got at no additional cost. However, early adopters who thought Visio 2007 Professional was good enough and didn't add Software Assurance to those licenses didn't actually lose anything, even though they didn't get a discounted upgrade on a more expensive product.

Here's why. Customers who bought Visio 2007 Professional near the time of its release in late 2006 and added Software Assurance to the Visio license in a three-year agreement paid about $400 for SA over the succeeding 3 years. However, Visio 2010 was released more than three years after Visio 2007 was released, so Visio 2007 early adopters would have had to renew Software Assurance for another three years and another $400 to get their discounted version of Visio Premium.

Who won that bet?

4. "Software Assurance math adds up for Microsoft, not as much for biz customers"