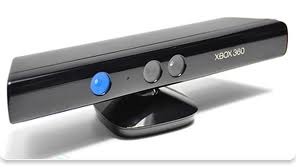 Fulfilling its promises from earlier this year, Microsoft on Thursday released the Kinect SDK Beta for Windows, giving creative interface designers legitimate access to the famous 3D motion controller without the need for a hacked third-party driver.

Along with the software development kit, Microsoft has published a series of "quickstarts" to help aspiring developers get a jump on installing and using the Kinect Sensor, setting up a Kinect development environment in Visual Studio, as well as setting up and working with code samples. These samples require Microsoft's DirectX SDK (June 2010 or later) and the current runtime for DirectX 9, as well as Microsoft Speech Platform Runitme 10.2 and SDK 10.2.

The SDK gives developers access to Kinect's depth sensor data, skeletal tracking for one or two individuals or point tracking for up to six, sophisticated audio processing with Kinect's four-mic audio array, as well as the same speech recognition platform that was exclusively found in the Xbox 360.

To accompany Kinect Fun Labs which launched at E3 earlier in June, Microsoft has started the Coding4Fun Windows SDK Project Blog where new projects with the 3D motion controller can be posted and discussed.

The Kinect SDK Beta for Windows can be downloaded in FileForum immediately.