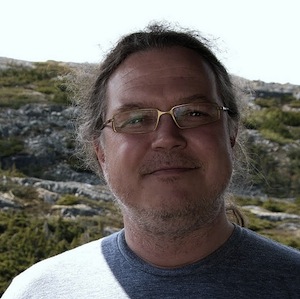 Editor's note: Software developer Steve Lacey was killed in a tragic car crash on July 24th, reportedly when another driver accelerated in an unrelated road rage incident. In perhaps a sign of changing times, a number of notable geeks are writing their remembrances on Google+. Here, Robert Scoble shares about working with Lacey at Microsoft. More recently, Google employed Lacey.

When I first met Steve Lacey, back in 2004, he was working at Microsoft on the Flight Simulator team and I could instantly tell he was a geek's geek (e.g., a pioneer everyone looked up to). You can see the video we did together. (Silverlight required)

I instantly took to him. Why? Well, for one, he was humble. Some developers have an attitude of "I can code, so I am better than you". Steve had no such airs. He took the time to take me through the technology putting up with all my idiotic questions. It was very cool technology, basically the latest iteration of 3D buildings in Flight Similator that popped up as you flew around the world.

But he had something else. Passion for what he did and for what his teammates did. That's something that stood out, even inside Microsoft, which is full of passionate technologists. He proudly walked me around and introduced me to everyone. Later, when he got to Google, he did the same thing, only he didn't feel the need to take the spotlight, preferring to stay in the background and chat with my other friend, Buzz Bruggeman. (Unfortunately that video was deleted due to Podtech, the startup I worked for, going out of business. Sigh. He noted that visit on his blog.)

I infrequently kept in touch with Steve over the last few years, but I always had great respect for him, and watched as he worked at Google and I always heard great things from his coworkers. His bio.

When I heard he was killed yesterday in a car wreck I just sat there stunned. He was a little younger than me, has two kids that are in between my kids' ages, a great wife and was one of those geeks who just had it all. I just don't know what to make of this, especially after the horrific news this weekend in Norway. Senseless deaths that serve no purpose.

Well, except to remind each other that all we really have is today and a hug from our families and that your lasting impact can be measured both on the things you build as well as how you treat people day-to-day and the spark you have in your eyes for the work you're doing, the family you are nurturing, and the team you are hanging out with.

Me? I hugged my son while he fell to sleep and cried.

I'm already hearing his family is starting a fund for his kids' education. I think I'll redirect some of the $1,000 I was talking about the other day toward that and I'll let you know if I hear anything else about those plans. I'll see if I can get more news from his wife Nabila Lacey (please don't bug her too much, I can't even imagine what she's going through right now).

Robert Scoble is a long-time tech and video blogger who works for Rackspace, where he is part of the building 43 project. He started blogging in 2000 at scobelizer.com; from 2003-2006 he was a high-profile Microsoft evangelist blogger, and he helped start Channel 9. Scoble grew up in Silicon Valley. He is @scobleizer on Twitter.