5,000 Samsung Windows 8 developer tablets to be given out at BUILD 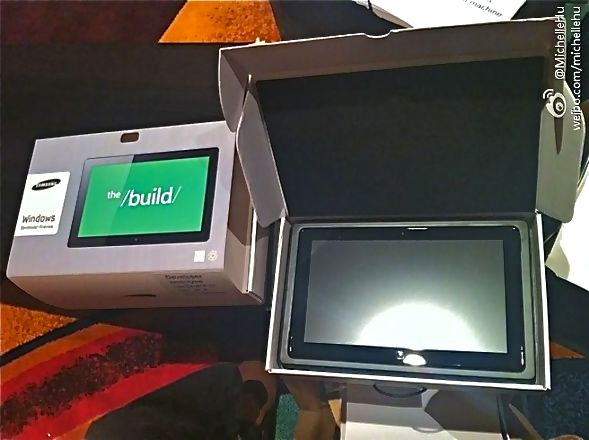 Big news will be coming out of Anaheim, California today as Microsoft holds its BUILD developer conference, which is expected to focus largely on the next frontier of Windows development: the cross-platform Windows 8.

Your friend and mine, Betanews managing editor Joe Wilcox will be covering the event, and early leaks suggest that he might be heading back to his hotel room today with a brand new Windows 8 developer tablet from Samsung, which is pictured above.

MobileTechWorld got the tip today about the photo, which was posted by Michelle Hu from IT168 on Weibo (a Chinese Twitter clone) this morning, just a few hours before the event's opening keynote is scheduled to begin.

We'll be paying strict attention to BUILD today, so if you're looking for a steady stream of Windows 8 news, stick with us.

UPDATE: Just like Samsung did at Google I/O, the South Korean tech giant is giving 5,000 of these tablets to BUILD attendees today. 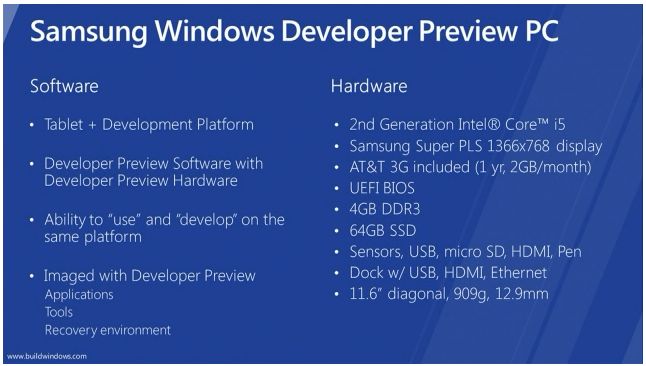 One of the coolest features of this tablet and its desktop dock is that it supports multi-monitor output by default.

6 Responses to 5,000 Samsung Windows 8 developer tablets to be given out at BUILD