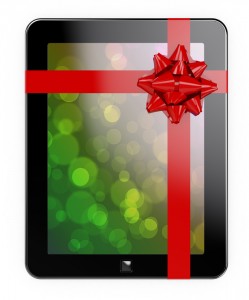 This is one of the more uncomfortable years the PC ecosystem has ever endured. It started out sluggish, and never really recovered. Early on, Intel’s CEO chided market researchers who didn’t echo his call for double-digit unit growth. (Full disclosure: so did I.) AMD’s board booted its leader in part for taking much the same stand.

Slow growth alone, though, isn’t what draped 2011 in a soot-colored hue. The industry has seen its share of ups and downs. But this year is different. Because while PC sales were under-performing, shipments of these new things, media tablets, skyrocketed. Coincidence?

Yes, actually. It’s tempting to witness the appearance of one thing and a change in fortunes of another and assume that the former caused the latter. Our ability to draw a line connecting two points in space is a trait that enables us humans to discover great things. It’s also a quality that can land us in deep trouble if we’re not careful. (Tip: taking a shot at the president will not impress Jodi Foster.)

For a time, the PC industry appeared immune to the financial calamities that cut deep into sales and profits for many businesses around the globe. PC vendors actually eked out shipments growth in 2009, the first full year of the recession -- and things got better from there.

PC shipments grew 27.4 percent and 20.7 percent in first and second quarters 2010, respectively, according to Gartner. In the following quarter, though, growth suddenly plunged to just 7.6 percent. That period also happened to be the first full quarter of iPad shipments.

The results from that quarter ignited a flurry of dire predictions for the end of the PC market at the hands of tablets. These forecasts sounded uncomfortably familiar to industry veterans. After all, it was barely 30 years ago that the PC appeared on the scene, and quickly began to push aside Big Iron, the last king of computing.

The fallacy with those ominous forecasts, though, is that they centered on the wrong inflection point. It was the fourth quarter of 2009 that marked an industry disruption, not the third quarter of 2010. Let me explain.

In the third quarter of 2009, Microsoft began shipping Windows 7. After enduring 18 months of Windows Vista, the consumer PC market was hungry for computers built around a quality OS. So people flocked to stores to buy. PC shipments climbed an impressive 22.1 percent that quarter, compared to just 0.5 percent in third quarter 2009 (again, according to Gartner). The sales fest continued for another six months.

See, it’s not that third quarter was so bad. It’s that the three prior quarters were so good.

I’ve always been a believer in the Field-of-Dreams approach to the consumer market. Every time we build it, consumers come. If we don’t, well, they don’t. Or they buy something else.

In the third quarter of 2010, Apple built the iPad. And consumers came. The PC ecosystem, meanwhile, blew through its vein of new and shiny over the preceding nine months and had nothing much exciting to offer for the second half of 2010. Ditto for this year’s selling season.

You can agree or not, obviously. One thing’s for sure: we won’t have to wait long for this forecast to prove out. See, the PC ecosystem’s next new and shiny is slated for the fourth quarter of 2012. That’s when system vendors will be pairing Windows 8 with some exciting new hardware, systems that mash the best of the PC together with the tablet’s touch interface, sexy form factor and long battery life.

Who knows, maybe a year from now the industry will buzz about the end of media tablets, as surging Windows 8 PC sales ignite another upgrade cycle.