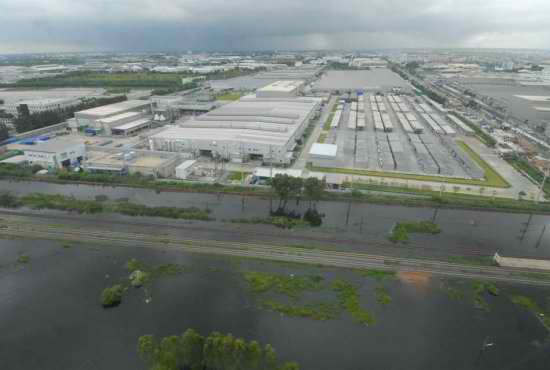 Even though Intel expects the sale of personal computers to be up sequentially this quarter, the severe flooding in Thailand has caused a hard disk supply shortage, which has in turn slowed the demand for processors.

As a result, Intel now expects fourth-quarter revenue to be $13.7 billion, plus or minus $300 million, a full billion dollars lower than it anticipated previously. It also adjusted its gross margin down slightly to 64.5 percent, from the previous 65 percent.

For hard drive makers, the crisis in Thailand continues.

Hard drive supplier Western Digital was hit especially hard by the flood, and its facility in Bang Pa-in was submerged under six feet of water from October 15 to November 17. WD managed to get this facility back to working conditions on November 30, and production began around December first. The company's other hard drive facilities in the Nava Nakorn Industrial park were still under two feet of water at the beginning of December, but WD expected them to be pumped dry some time this week.

Toshiba also manufactures hard drives in the Nava Nakorn Industrial Estate Zone, and as of December 5th, there was still approximately 70 cm (2.3 feet) of water in the factory. The company expected a complete dry-out by December 10, but has not announced when production can begin.

Intel said it expects recovery to begin in the first half of 2012.