Who needs Dropbox when Windows 8 has SkyDrive?

Apple's Mountain Lion isn't the only operating system gunning for Dropbox with native cross-platform cloud sync. Microsoft on Monday revealed its plans for SkyDrive which will include a new Metro-style Windows 8 app, integration into the Windows Explorer desktop, and the ability to retrieve any remote files (uploaded to SkyDrive or not) through SkyDrive.com for machines connected to the service.

"To build a SkyDrive experience on WinRT, we took an approach that we expect many web developers will choose to take on Windows 8. We built the entire app using modern web technologies like JavaScript, CSS, and HTML5, and because of our recent updates to SkyDrive.com, we were able to use the same JSON APIs and JavaScript object model that the website uses. The only difference on Windows 8 is that we bind the results to modern controls that were built for touch. This is part of the reason it’s so fast, and the touch behavior works so well (and works on Windows on ARM too,)" Mike Torres and Omar Shahine, Group Program Managers for SkyDrive said on Monday. 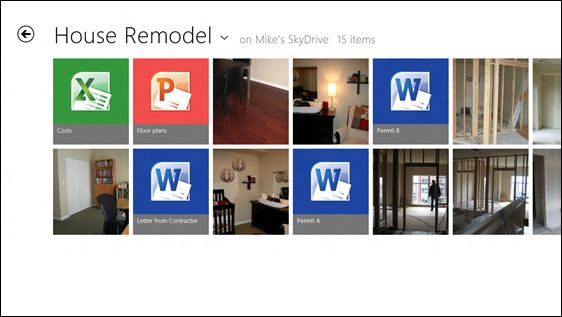 An early version of the SkyDrive Windows 8 app will be bundled with the Windows 8 Consumer Preview. 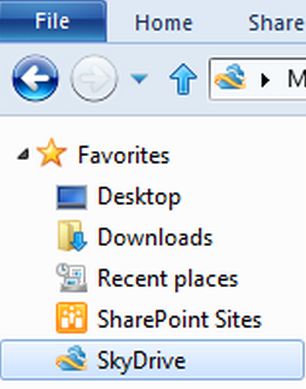 The desktop application will integrate the user's SkyDrive into their Windows Vista, 7, or 8 Windows Explorer. With the application installed, users will be able to drag and drop files up to 2GB in size for direct upload to their cloud storage. If these files are then changed on the desktop, they will automatically be updated in SkyDrive.

Finally, the update to SkyDrive.com will add a "Devices" heading that lets users connect to any remote PC to access files that aren't expressly synced to their cloud drive. In order to do this, users will have to provide a second factor of authentication in the form of a code that is send to the user's mobile phone or alternate email address.

Microsoft on Monday did not explicitly talk about storage allocation, but Torres and Shahine did mention that "SkyDrive for the desktop will also provide the ability to sync up to your available quota of storage (and the ability to unlock more)," and Microsoft's demonstration video appears to show a 75GB capacity. With the Windows 8 Consumer Preview just around the corner, we're excited to see what the new SkyDrive has to offer.