Nintendo says Wii U will revolutionize the living room, we hope so 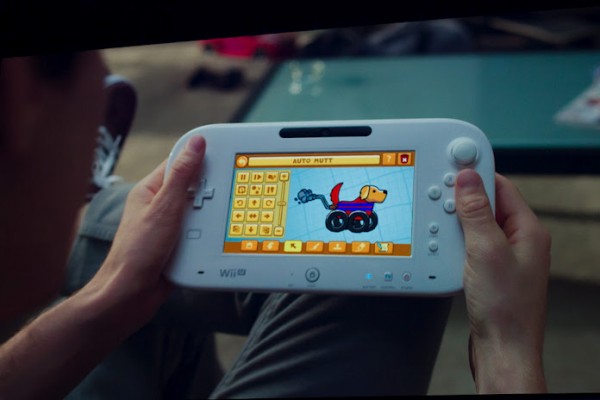 The stage is set at the Nokia theater. The large screen in the middle of the stage flickers with the logo of Nintendo before the familiar face of Shigeru Miyamoto, the father of Mario and Zelda, shows up with his pixie-like smile and innocent glee. Nintendo's opening act for today's E3 Expo press conference -- the Wii U update of the Gamecube classic Pikmin in Pikmin 3, setting the tone for the entire presentation.

This conference is about the games first, hardware accessories are a far second thought. The features of the Wii U hardware are only mentioned by Nintendo of America President Reggie Fils-Aime, by saying "The Wii U will have YouTube, Hulu, Netflix, Amazon Video, but you can find out more about the console later, let's do a rundown of the new GamePad and get back to what's important, the games!"

That's it on the Wii U console. The only other time hardware/accessories are mentioned outside of the rest of the press event is a quick blurb viral meme joke from Fils-Aime: "My body is ready" to talk about the Wii Fit U Fit Meter and how it will sync a Pedometer via the IR port on the Wii U GamePad.

The next act for Nintendo is to introduce their new social platform: "The Miiverse", what Nintendo views as its answer to the Xbox Live social interaction juggernaut. Using the interaction of your cartoony Wii avatar called a Mii, Nintendo wants to show you with visual representation of your friends' Miis what's popular and what's hot in the apps and games on your Wii U.

The desktop loads to an open space where your friends' Miis gather around large floating tiles representing a game or app on the Nintendo Wiiverse. It gives an instant understanding of what games or apps are hot or not by the crowd of Mii's around it. You also will see message bubble popups similar to that seen in a social interactive Twitter map.

This new Social window is key to games like "New Super Mario Bros. U", which will integrate with the Miiverse. Miis leave message bubbles with tips and tricks on a per-level basis, or as Fils-Aime says: "a real time social window that will open up as you play".

There will also be new integration for multiplayer in what Nintendo calls dual-screens gameplay - asymmetric gameplay in which the person uses the new GamePad to control, lead or mess with other people just playing with the Wiimotes. This is where Nintendo announces that Wii U will support two separate Wii U GamePads, knowing the console only comes with one of them. No price is set yet though. 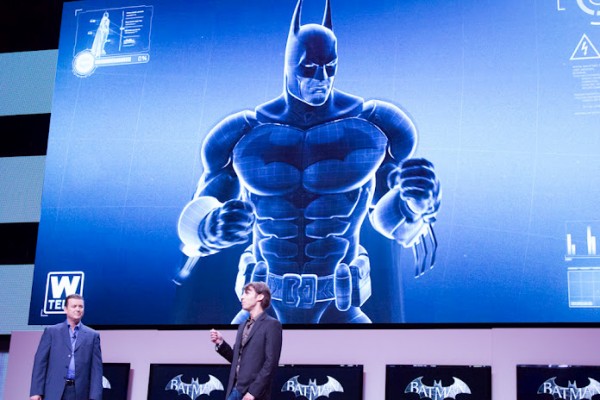 Another game integrating with Miiverse is Scribblenauts Unlimited -- a port of the popular iPad and Nintendo DS game now brought to the home console in HD, that will now allow your Mii friends to share and create new items to help solve puzzles and share with friends.

The Wii U marketing is in the games, and as such we get a demo of several Wii U games -- including Batman Arkham City, Armored edition. This version of the popular Batman franchise from Warner Brothers interactive integrates the usage and control of the Wii U GamePad in ways that extend the story and gameplay mechanics. Using the Wii GamePad will have you picking weapons, looking at scans, and planning your attacks.

There is also ZombieU from Ubisoft, which will have players trying to survive a "28 days later" zombie outbreak in Great Britain. The Wii U GamePad becomes a sniper scope, and electronic panel to unlock security doors, inventory menus and motion scanner panel. 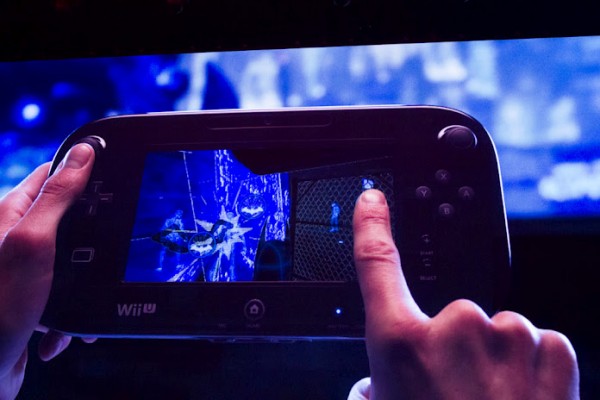 Lastly, there is the Miiverse and Wii U GamePad equivalent of Windows solitaire, with the how to use the Wii U title called Nintendoland. Much like Wii Sports, it will take players through a series of mini games that will train Wii U owners how to play with the new interface and services. Each mini game is themed on twelve different Nintendo properties turned into rides at an amusement park.

Miiverse will also be available through web apps, mobile phones, and on the Nintendo 3DS on the launch day for the Wii U during Holiday 2013.

2 Responses to Nintendo says Wii U will revolutionize the living room, we hope so